A creator-centric space for all

For their newest project, the National School of Journalism has collaborated with the digital platform 'Canvas'. 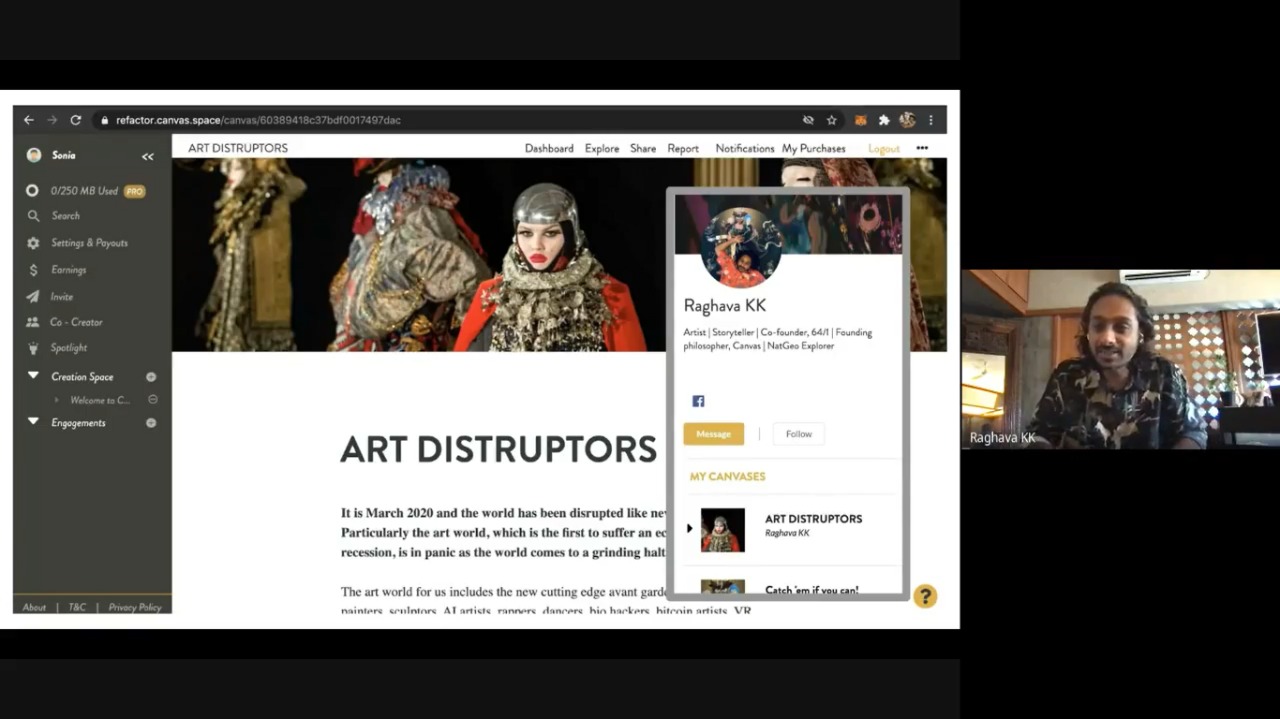 “Your unique voice lies in between what feels natural to you and what others are not saying,” said multidisciplinary artist Raghava KK.

For their newest project, the National School of Journalism has collaborated with the digital platform 'Canvas'. Acclaimed artist Raghava KK and Vignesh Ramaswamy, the founder of the platform spoke to NSoJ’s student journalists about the digital tool that bridges gaps between the creator, their audience, and the internet.

"Many of my writer friends were running short of money, so we thought of making a tool which could help them,” said Vignesh, recalling how this project began. It took two years of research and planning to start this.

Raghava, who is also a sitting member of the advisory committee of the National School of Journalism and thus is closely connected to the institution, shared his bit of how he joined the journey. "My consumer base mostly consisted of high-end individuals and capitalists. Thus my connection with the real world was close to none."

Raghava sees Canvas as a golden opportunity for all the budding journalists, whom he refers to as artists, and content creators of all sorts to create original content. He believes that there are no writers without readers and that such a platform could provide space for quality content to meet the right reader base.

Monetization is an important aspect of Canvas. The contributor has the option to select a paragraph and to create a paywall to monetize it accordingly. This means that the reader would have to pay a minimal fee to gain access to the rest of the piece.

Besides this, Canvas gives an option to easily add pictures and videos to create a mini virtual space for oneself. One could easily use this space to create a portfolio and use it as their one-stop virtual address.

The intellectual property rights would lie at the hands of the individual and Canvas would have no right to further distribute the content that was created and shared on the platform. From the entire revenue earned this way, the contributor would get 95℅ of the share, while the rest would go to the team behind Canvas. Along with an easy user experience, Canvas also guarantees the complete safety of one's data.

Canvas, according to Vignesh, is an attempt to promote independent and critical thinking among young minds. It is all about being away from the bandwagon and making the most of it.