At a time when Hindutva ideology is making inroads, Lalu’s heir attempts to fortify secularism in Bihar 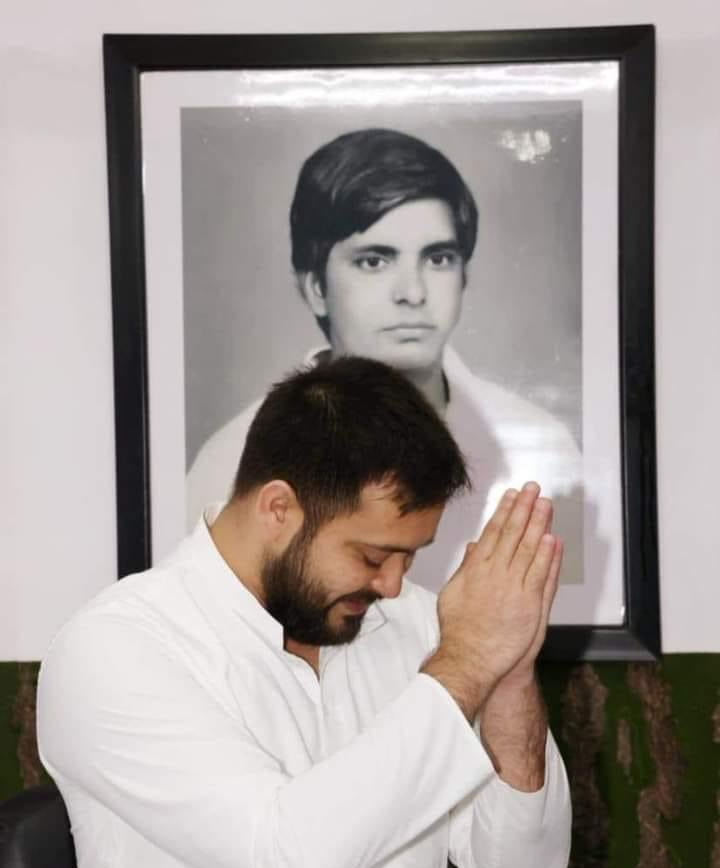 Like Lalu, son Tejashwi has been an unapologetic secular leader. Credits: @RJDforIndia

In the wee hours of October 24, 1990, L K Advani, the chief architect of the mandir movement who was then steering the historic rath yatra, was arrested from the circuit house in Samastipur of Bihar. Though well-aware that his action would script the downfall of the 11-month-old National Front government which owed its existence to the support of the BJP, Bihar Chief Minister Lalu Prasad Yadav went on with his decision to get the BJP patriarch arrested.

The event also stamped secular credentials to the Mandal politician and since then, he and his party, the Rashtriya Janata Dal ( formed after breaking away from Janata Dal in 1997) championed the politics of secularism in Bihar.

If the great Hindutva frenzy of the 90s couldn't deter Lalu, fast forward to 2022, his son, and political heir Tejashwi Yadav too remains undeterred and has stood strong in embattling communal forces.

In Spite of the BJP making remarkable inroads and usurping his party to become the largest legislative party in the state, Tejashwi, on the occasion of Eid, took the lead and organised a grand iftar.

Unmissable amidst the glittering decoration of the event was the powerful and needed symbolism in the appearance of the dignitaries, carefully ensured by the host. Almost all of them adorned the skull cap and the Keffiyeh- both widely deployed to depict Muslims in films and other visual creations.

Donning and displaying such visible identity markers was definitely a feel-good departure from the day-to-day dehumanisation of Muslims underway in our nation. 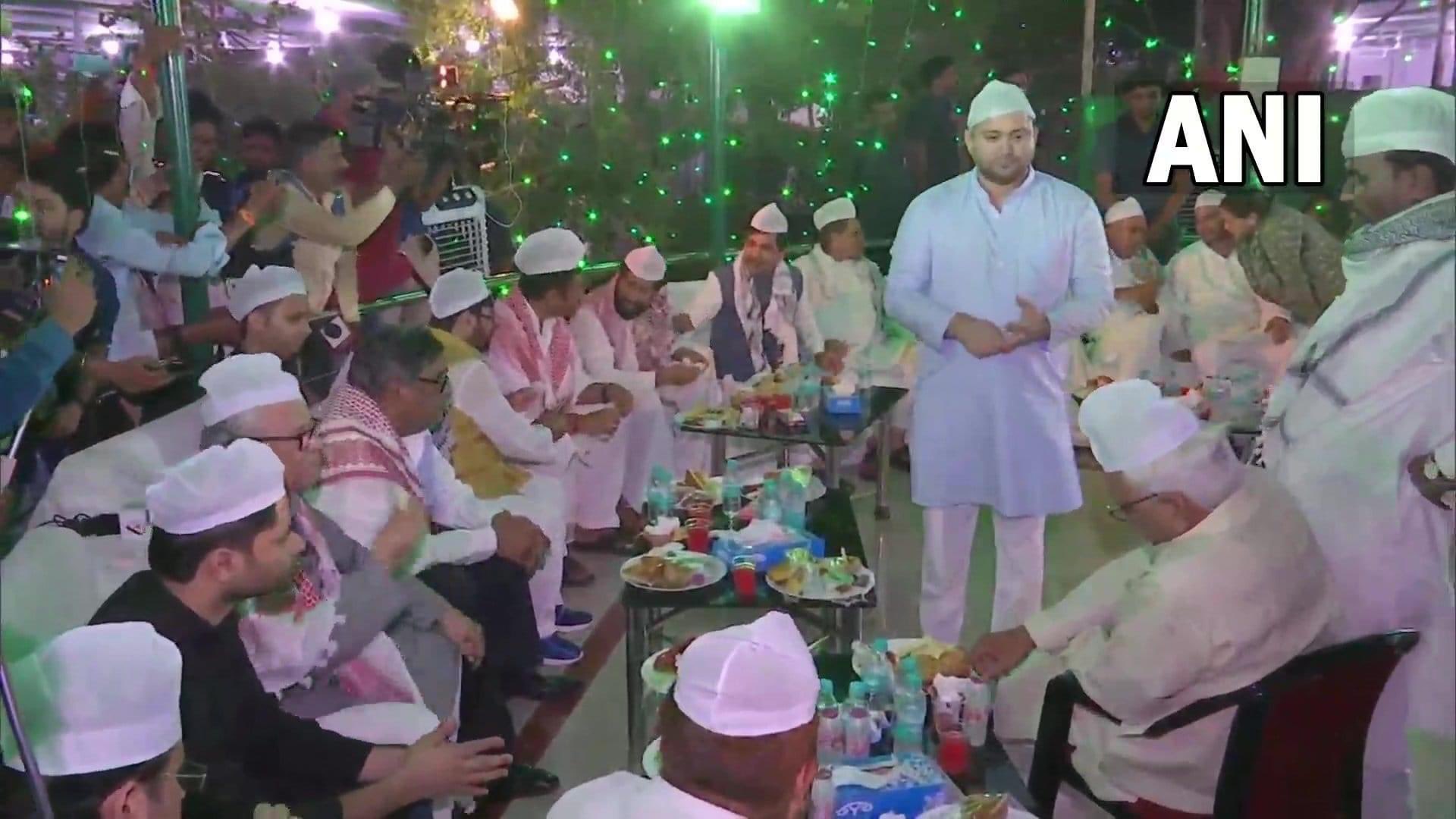 At the Iftar party hosted by the Lalu family. Credits: (ANI)

A few weeks back, following a communal clash during a Hindu religious procession in Delhi’s Jahangirpuri, when Bulldozers brought down households and livelihoods of the poor, nearly all of them Muslims, the RJD leader was forthright in his condemnation. However, more than the TV bite, what caught much more attention was the car seat on which he was seen sitting. Draped across the top end of the seat, the green strap read- “WE REJECT CAA-NRC”. The message was resounding. 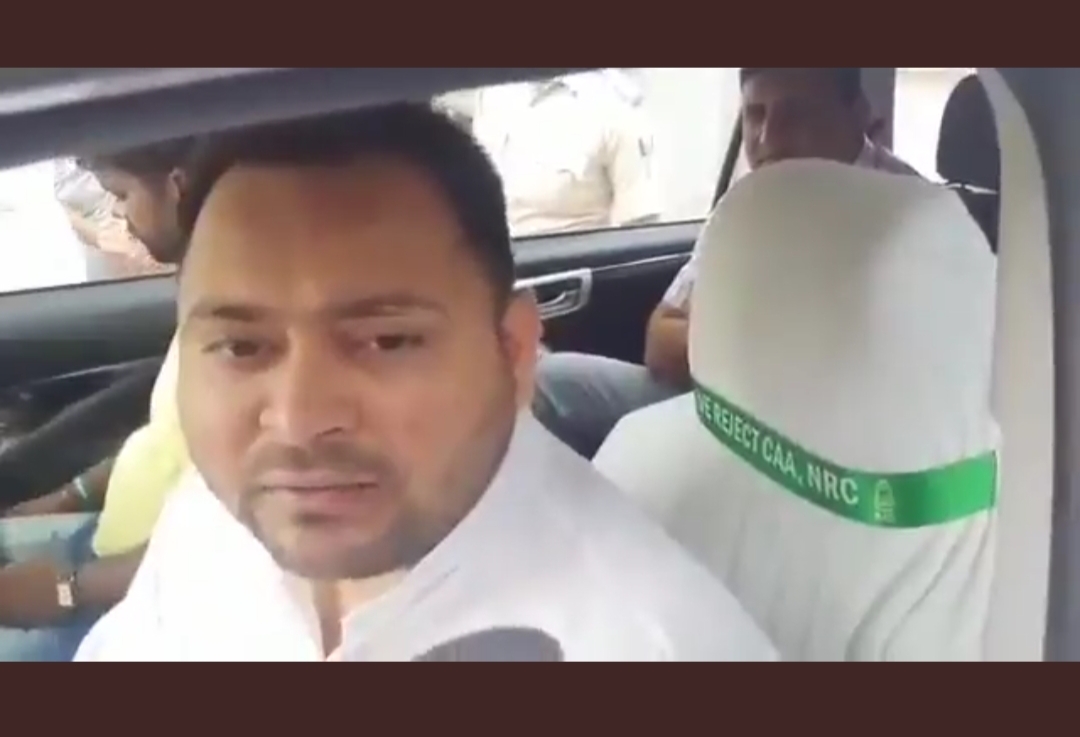 The ‘voice’ of the primary opposition leader of the state against the hugely controversial Citizenship Amendment Act (CAA), 2019 and the “proposed” NRC or National Register of Citizens is not newfound.

Consider going back to late 2019 and early 2020, before the pandemic struck. After the historic all-women sit-in of Shaheen Bagh took over public imagination, for good or bad, inspired by the sheer courage of the women of the national capital, several mini-Shaheen Baghs soon began coming up across the country. Bihar was no exception.

And Yadav was seen among the protestors who were braving the freezing winters. He often visited the protest sites and charged up the protestors, especially in Patna, the capital of Bihar. In fact, Yadav and his party had called for an impactful Bihar bandh in December 2020 against the law which saw high participation not only from the party cadre but also from commoners.

The Yadav scion has been receiving accolades for taking forward Lalu’s legacy. Often, on a different note, commentators make the point that the only party apart from the Congress that is never likely to align with the saffron party is the RJD.

Tejashwi, taking a cue from Rahul Gandhi, doesn’t attack the BJP in isolation, but names the Rashtriya Swayamsevak Sangh (RSS) in the same breath.

In the recently concluded budget session of the assembly, to the BJP’s annoyance and the chair’s objection, he mentioned Hindutva ideologues Golwalkar and Hedgewar and attacked the BJP-RSS for its anti-minority and anti-pluralist ideology and vowed to fight them at any cost.

Earlier this year, in February, young Yadav roared like a lion in the Bihar assembly after a local BJP lawmaker called for snatching away the voting rights of Muslims. Hari Bhushan Thakur, not new to controversies, accused the community of working on the agenda of Pakistan’s ISI (Inter-Services Intelligence) and called for relegating them to second-class citizens. An impassioned Tejashwi took the opportunity to slam the lawmaker’s party, as well as Chief Minister Nitish, the BJP’s ally. While reminding the assembly that Bihar is the land where Advani Ji was arrested (in reference to the Rath Yatra incident mentioned earlier), Tejashwi thundered that “Laluji ke sipahi” were still on guard and no “mai ka laal” had the guts to take away the voting rights of ‘Muslim brothers’. 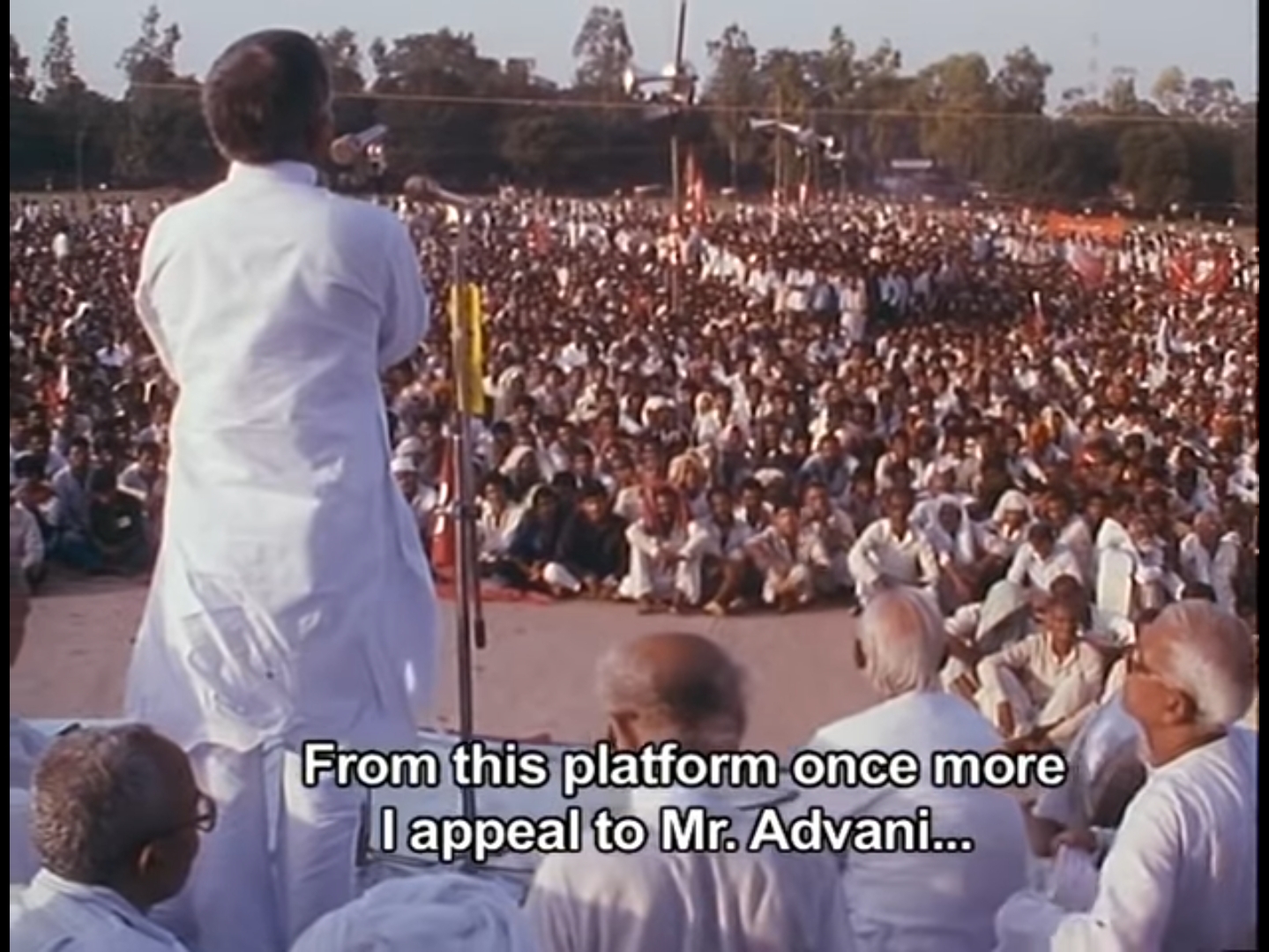 Time and again his historic speech is seen making rounds on social media and referred to in newspaper columns. Every time a communal piece of news breaks and the void created by the radio silence of politicians stings, a secularist like Lalu, currently incarcerated, ailing, and on the verge of retirement, is greatly missed.

Deservingly, Tejashwi’s speech made national headlines. After all, it was a rare display of the undiluted belief in secularism and constitutionality coming from the secular quarters of Indian polity.

At a time when Hindutva commands the political narrative, Lalu’s heir is attempting to fortify secularism in Bihar.