Heavy rainfall had brought paddy sowing to a halt. Both farmers and labourers are now happy after things normalize. 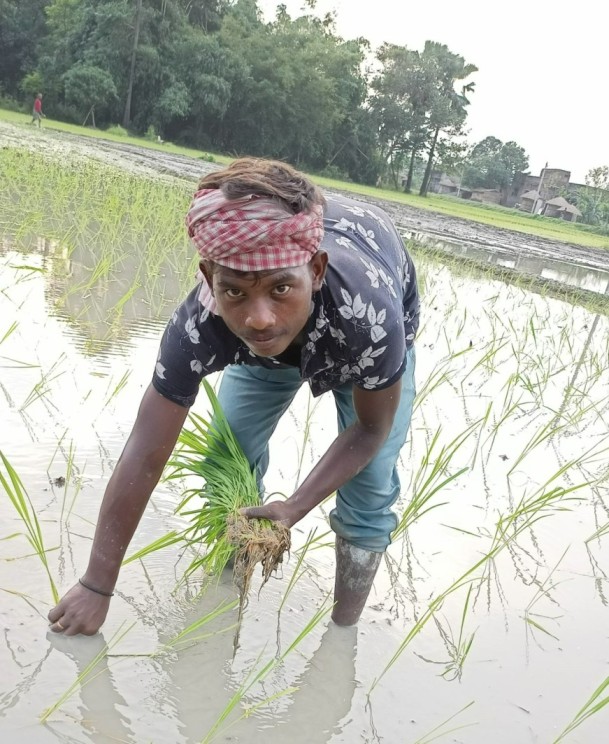 23-year-old Prithvi Kumar was in the city of Surat, a big commercial centre of Gujarat, until the virulent wave of coronavirus battered the country. He was employed in the work of the 7,700-Km canal network being laid as a part of the bigger Narmada dam project. “Lucky,” he quips, as he came back to his native place at the “right time” and has been here for 4 months now.

Prithvi is among those many fortunate faces who didn’t bother returning to their work city immediately after Holi, just after which the deadly second wave began to take a toll on the country. However, this wasn’t limited to a lucky escape only. Being confined to the home state straight away translated into diminished incomes. “I used to manage to save some eleven thousand rupees after all my expenditure," he rues while talking about scanty job opportunities and low income here, starkly opposite to Surat.

However, this Kharif season has some relief in store for many like him. Unlike the usual years, the sowing period of paddy is all set to get extended in Muzaffarpur, a largely rural north Bihar district, owing to incessant rainfall post the arrival of monsoon. The heavy and continuous downpour was preceded by storm and rainfall for days due to collateral effects of cyclone Yaas wreaking havoc in the neighbouring coastal states.

Following optimum rain, the sowing for the Kharif major was in full swing before the tables turned and the boon became a bane. Unstoppable rainfall swamped fields, especially those that are low-lying, and brought all sowing activity to a halt. Unsparing rain soon flooded many areas of the district. This is the second consecutive year of flooding in the region. 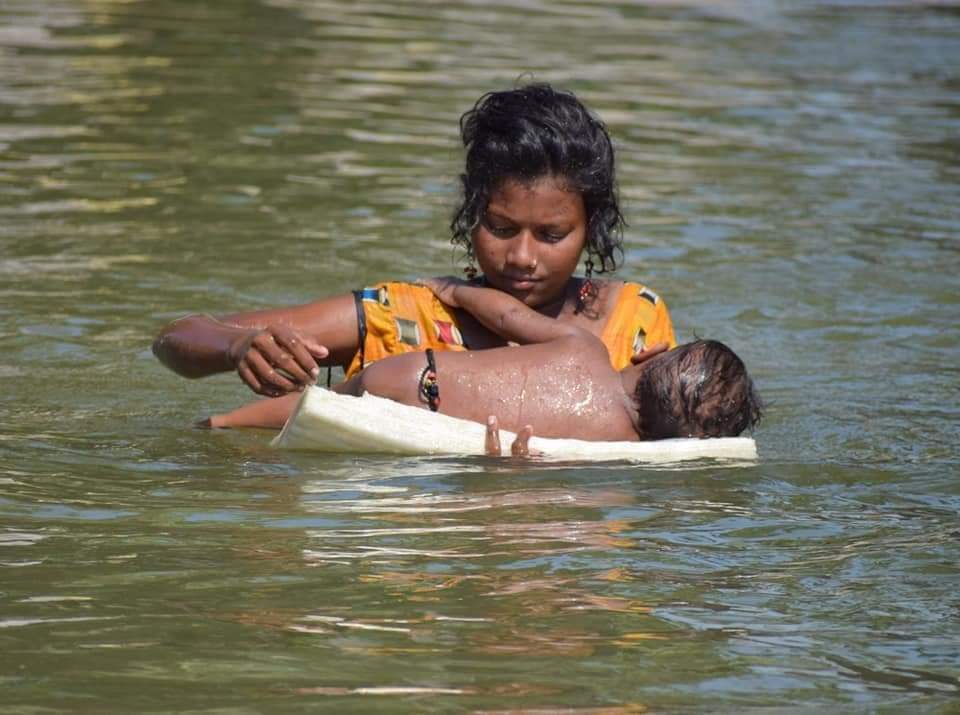 Following water logging- considered not conducive for sowing of paddy- there was a relative lull for more than a week, say local farmers. “It is only now that we have begun doing it again”, tells Moti Kumar, a young farmer in his late 20s who has hired Prithvi and his at least half a dozen associates to ramp up sowing in his water-rich field.

Moti, a small farmer who cultivates paddy in some 2.5-3 bigha land, had to bear a great loss last year. “We have suffered a loss of at least 50% in terms of yield of paddy," due to inundation.

What is worrying the farmers, it has brought smiles to labourers like Prithvi. The ideal paddy sowing window is a narrow period of 15-20 days only, according to Joginder Ray (73), another visibly tensed farmer in the nearby field. The uniformly delayed sowing has opened up more opportunities for farm labourers from the region who usually lose out on the same to those from far away places due to commitments to other farmers. After all, it wasn’t possible to get employed by many, if not all, in a small window meant for sowing. The year 2021 has been an outlier. 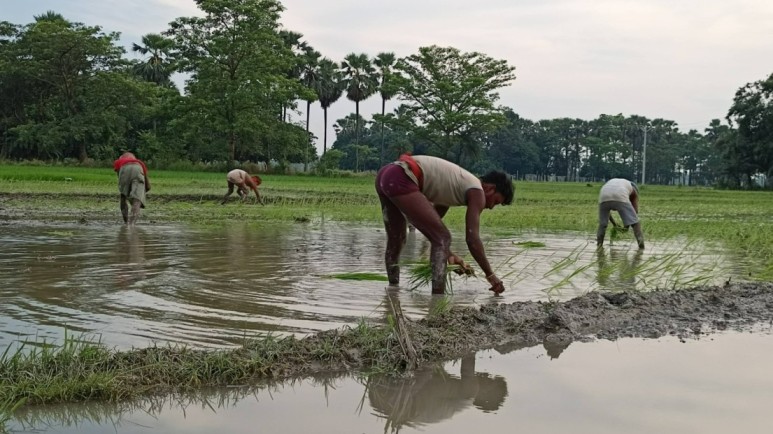 Ranjan Manjhi, eldest of the lot, says he has earned a sum of rupees 350 a day on the days he has been hired this Kharif season. He is satisfied to have found plenty of work this time around. Unlike young Prithvi, he has never been out of the state to look for work. Manjhi, therefore, does not show any regret on his face. “I can do all kinds of work in any sector,” adds Manjhi in a sarcastic dig to young Prithvi, causing everyone to break into much-needed laughter.

Approximately 100 meters away is the trio of Poonam, Lalita, and Sempu, all-female labourers working in another paddy field. Women make the dominant share of the agricultural workforce in rural areas. Owing to the comparatively cheap daily wages given, they are in high demand in the agricultural sector. “We do the same amount of work as that of men...work for a full 8 hours but still are paid only 300 rupees,” says Poonam. Notably, men get 50 rupees more than their female counterparts as daily wage for the same labour. 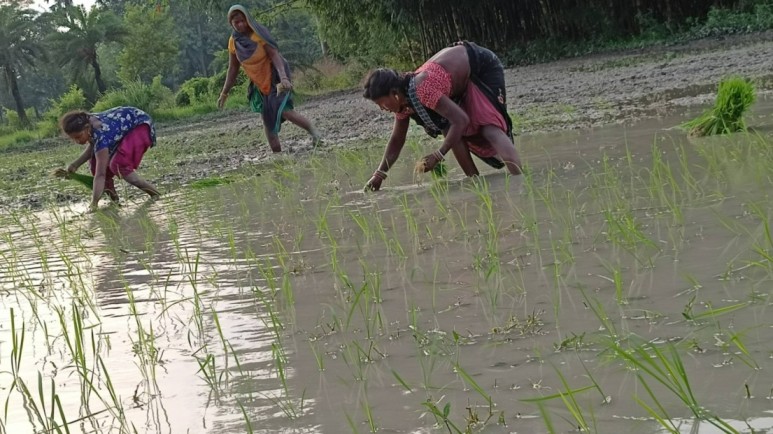 Upon being quizzed, farmer Joginder Ray accepts the charge. “This has been the norm everywhere.” Ray also laments about the female labourers not being equally productive. But counters himself by telling that they hire women because they need to shell out less money for the same work.