CAN CONCRETE BE MINDFUL? 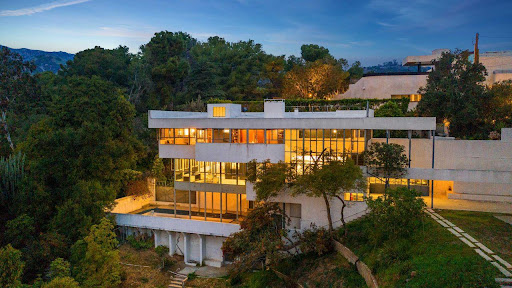 “The strength of a good design lies in ourselves and in our ability to perceive the world with both emotion and reason.” - Peter Zumthor, Swiss architect

Beauty lies in the eyes of the beholder, is an apt adage that encapsulates the subjectiveness of perception. The essence of an art piece – especially modern art, is most of the time left to the observer’s interpretation. Similar to art, architecture too revolves around the concept of perception, as it is a form of functional art. But unlike the relationship between a viewer and an artist, the way an architectural designer perceives space and the way an occupant perceives it, goes hand in hand. To provoke the right emotions in people and to also ensure that they have the best experiences of their lives, it is essential for a designer to understand built structures and how humans respond to them.

An architect uses various aspects of design – such as axis, scale, circulation, vistas, etc., and also his/her own intuition, in order to bring to life buildings that can leave lasting impacts on people’s minds. The Jewish Museum in Berlin is one such example of a building that can deeply move people, as it managed to successfully revive the Jewish culture, while also offering a chance to experience the aftermath of the Holocaust.

Daniel Libeskind, through his design, tried to induce feelings of chaos, disorientation, hopelessness and misery - which are the exact emotions that the Jews felt at the time of the holocaust, in people. He also tried to imitate the expressions of fading, because Berlin as a city had started to forget the Jewish culture. He started doing so by first giving his design a zig-zag plan, which is said to be an abstract of the Jewish star of David. He also introduced voids or hollow concrete shafts where ever possible, which represent the feeling of numbness that followed after the annihilation of millions of Jews. The floor of one of the voids is completely submerged in thousands of faces made out of coarse iron and this was done as a symbolic representation of all the Jewish lives lost. 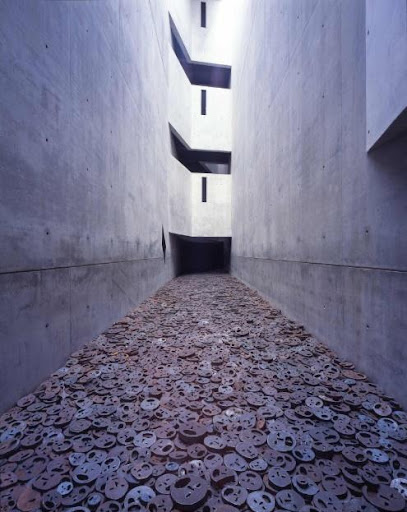 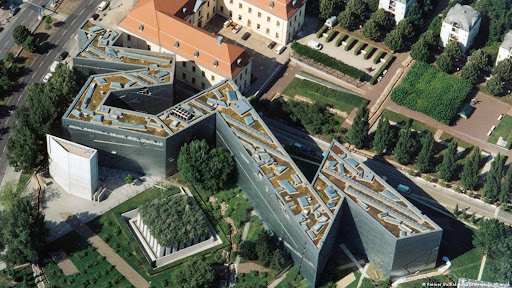 At the entrance of the museum, people encounter three paths, each symbolizing the Holocaust, the exile of many Jews from Germany and the continuum of the past, respectively. The most impactful part of the museum is the Holocaust tower, which is located at the end of the axis of the Holocaust. This tower is meant to make people feel claustrophobic and provoke the feeling of anxiety in them, through the height and the dark enclosure of the structure. Only a small ray of natural light is allowed in, as a representation of the hope that Jews held on to.

Daniel Libeskind accomplished in trying to make the users of his architecture, perceive what he wanted them to. But, most of the time architecture is customised to the perceptual needs of the users. The study or profession of architecture is considered to be one of the most important as the need for it, stems from the fact that shelter is most essential among food and clothing, to humans. Hence, the design of a shelter or a home must always be tuned to favour the likes and dislikes of its occupants.

The Lovell Health House is a perfect example of a shelter that was in no way tuned to the perceptual needs of the clients and hence, turned out to be a complete failure. Architect Richard Neutra claimed that his design has therapeutic features and it can cure his clients of neuroses. But his design did the opposite of what he claimed. As patients with neuroses, what they needed the most was privacy and that was completely negated by the architect. He believed that “a fluent relation of interior and exterior” was the key to curing their disorder. But this was a baseless assumption made by and imposed by him.

Based on what he believed, Neutra went ahead and built a glass house which offered panoramic views of the surroundings. One of the residents said, “one has a feeling of being outside inside, if you get what I mean. That’s my trouble with Neutra. I don’t want to be outside. I don’t want to be one with my neighbours.” Even though Neutra studied every minute detail about the disorder and thoroughly understood the problems they face, it failed to reflect in the so-called healing qualities of his design.

Concrete in its authentic form is a combination of sand, gravel, cement and water, in precise ratios. As a building material, it gained popularity during the industrial revolution, when Joseph Monier invented reinforced concrete, used in construction buildings all around us today. This development of cement- a material that is said to have existed from millions of years ago, into ferroconcrete has made it possible for architects to envisage buildings that break all norms of standard design principles. For example, a structure such as the Burj Khalifa would never have blessed the earth, if a strong material like concrete wasn’t combined with a flexible one like steel.

Day by day, the vastness of the concrete jungle around us is increasing, as more high-rise structures are fabricated. But, along with looking aesthetic and being structurally secure, these buildings also need to have an experiential quality. Hence, infrastructure and its design play a very vital role when it comes to allowing a person to positively perceive spaces. Can concrete be mindful? Not by itself, but the ones who are responsible for building can be conscious and aware of the true purpose of the structure.