The Wait Is Over

Lionel Messi finally ends his streak of losing international finals as the Argentinian talisman wins his first senior trophy for his country at the age of 34. 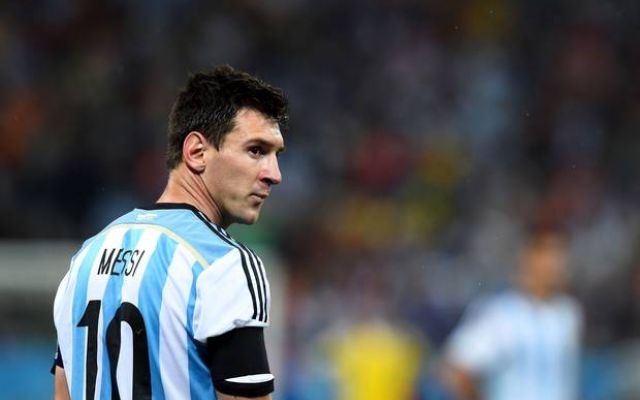 As the final whistle blew at the Maracanã stadium in Rio De Janeiro, Lionel Messi fell to his knees as his teammates rushed towards him to hug him. It was the first time on four occasions that Lionel Messi was crying tears of joy after full-time in an international final. It meant that after 16 years of playing for his country without having any major honours to his name, Messi had finally won a trophy on the international stage.

Ghosts of The Past Now at Rest
Since making his debut for the Argentina senior team in 2005, Lionel Messi has played three Copa América finals (2007, 2015, 2016) and one FIFA World Cup final (2014). On all these occasions, Lionel Messi fell one step short of going over the finish line and securing the trophy. With the disappointment after losing three finals in three years rising, pressured with increasing criticism from his countrymen and comparisons to Argentine icon Diego Maradona, Lionel Messi announced his retirement from the National Team in 2016. After national campaigns and global movements urging him to play for Argentina again, Lionel Messi reversed his decision to retire and led Argentina to the 2018 World Cup.

The 2018 World Cup was yet another disappointing campaign as they were knocked out by eventual world champions France in the Round of 16, and it was then followed by a 3rd place finish at the 2019 Copa América, as questions were raised once again on Lionel Messi’s inability to win with Argentina. Despite being their all-time top-scorer and appearances holder, he has faced constant criticism from fans and pundits who labelled him a player who could only win titles when he’s surrounded by his Barcelona teammates at club level.

A Dream Tournament
Lionel Messi was absolutely unmatched in the Copa América 2021, bagging 4 goals (joint-highest of the tournament) and 4 assists (highest) on the way to lifting the trophy. Under his captaincy, Argentina remained the only unbeaten side in the tournament, winning against teams like Uruguay, Colombia and eventually Brazil. For his performance, Lionel Messi was also awarded the Golden Ball, given to the best player of the tournament. This was the first occasion in football history when the best player, most goals and most assists in a tournament were achieved by a single player who also went on to win the tournament.

What it means for The Ronaldo-Messi debate
Cristiano Ronaldo and Lionel Messi have been going head-to-head in top-flight football for over 14 years now, sharing between them over 1000 goals, 11 Ballons D’or and over 60 trophies. Every season, these two set new standards and break new records which continues to fuel the eternal question among their fans on who is the better player. The debate took a new turn when Cristiano Ronaldo managed to win the UEFA Euro 2016, winning an international trophy before Lionel Messi. Three years later, Ronaldo followed it up by winning the UEFA Nations League, marking his second international trophy with Portugal to Messi’s zero with Argentina. As a result of this, fans started placing Ronaldo on a higher level than Messi because Messi was yet to win anything with Argentina.

But after this victory, the playing field is level again.

What’s Next for Messi?
As the football season of 2020-21 comes to a close, there is still uncertainty about Messi’s future. Messi has played his entire career with the red and blue of Spanish giants F.C Barcelona, but his contract with them expired on July 1st, 2021. That means Lionel Messi is now essentially a free agent and can join any club in the world should they be able to meet his gigantic wages. While there have been reported interests from English club Manchester City and French giants Paris Saint-Germain, sources from within Barcelona’s board continue to assure fans that they are confident about re-signing Messi under a new contract.

Argentina would turn their attention towards the World Cup Qualifiers for 2022 in Qatar and would hope they could replicate the stellar performance that they displayed at the Copa América under Messi’s leadership.

Soon after that, the awards season will come along, where Messi will again be a strong contender to sweep away all the Player of the Year trophies, and is sure to have his eyes on the prestigious Ballon D’Or, a trophy he would like to win for a record 7th time.

Where he plays next season remains to be seen, but no matter where he goes, he will now start the new season with a big weight lifted off his shoulders. History will now say that Lionel Messi has nearly completed football, with just one trophy that he has never won. He’ll have one last shot at completing his cabinet when he takes his team to Qatar to challenge for the Copa Mundial – a.k.a the FIFA World Cup in 2022.

Embed from Getty Images
All stories that are reported, edited and published on this platform are original, produced by the students and faculty of National School of Journalism, sometimes contributed by guest faculty and speakers. If you would like to contribute, please email us at tannoy@nsoj.in NSoJ is a news organisation and a highly-selective Journalism school that trains India’s best journalistic talents to become ethical journalists who care deeply about truth, justice and democracy. If you are passionate about journalism and care about the core values of journalism as we do, please apply for a place in one of NSoJ’s programmes - Bachelor of Arts or PG Diploma in Journalism at www.nsoj.in.