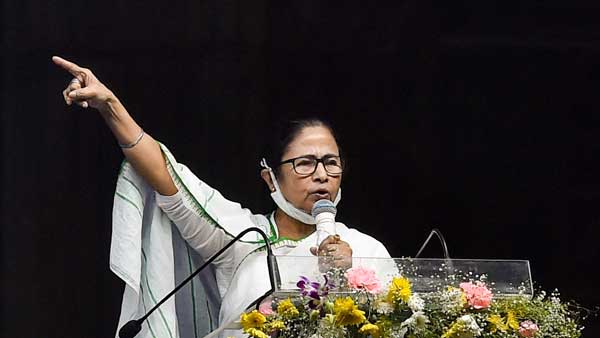 The anti-incumbency in West Bengal as portrayed by the Bharatiya Janata Party (BJP); election rallies held by a dozen of saffron party leaders; the defection of members of the All India Trinamool Congress (TMC) to the rival party; pro-BJP predictions of exit-polls; and the politics played by the Home Minister and the Prime Minister could not stop Mamata Banerjee from retaining power in the State. Didi is back to power with an all-time highest vote share of 47.9% votes in the Assembly elections. The TMC won 213 out of the 294 Assembly seats and restricted the BJP to 77 MLAs.

Mamata Banerjee has again underlined that Bengal politics is her forte and people perceive State politics and National politics with different perspectives.

Amid the pandemic, Bengal witnessed a fierce political battle between the BJP and the TMC. On the other hand, the Congress and the Left were reduced to mere spectators as they drew a blank.

The BJP and the TMC used their top leaders as trump cards in public rallies. The BJP's campaign was managed by Amit Shah. As usual, most big party leaders had their rallies all across Bengal. The Saffron party was in attack mode. It criticised Ms Banerjee for anti-incumbency, corruption, and minority appeasement. The party's election slogan 'Jai Shree Ram' indicated its desire to consolidate the votes of Hindus. Its leaders played anti-Muslim politics in the districts bordering the Bangladesh border. In other parts, employment generation and TMC's misgovernance were prominent talking points in the BJP’s election campaigns.

To counter the BJP's narrative, the TMC portrayed its campaign as outsiders versus natives. Along with this, some key factors gave the TMC an edge over the saffron party.

Ms Banerjee's welfare schemes such as cash transfer to girls who continued schooling, scholarships to Dalits and the minorities, pension for old-age people and the widows helped her prevent the dispersion of loyal voters.

Muslim voters' percentage in West Bengal is more than double the national average. Ms Banerjee was successful in retaining these votes by enacting welfare schemes and maintaining her image as the leader of the minority. Surprisingly, the mass defection of the TMC leaders to the BJP worked for Ms Banerjee as most of them lost the election, except Suvendu Adhikari and Mihir Goswami who won from Nandigram and Natabari respectively. This shows that the voters rejected treacherous politicians.

The saffron party’s decision of distributing tickets to sitting MPs such as Babul Supriyo was not well received by the voters. The TMC highlighted this to convince voters that its competitor does not have competent candidates in the State.

The BJP's faceless election campaign versus the TMC's one 'woman show' made all the difference. Although the BJP was gathering votes in the name of Modi and Shah, they had no regional face who would connect with the people. On the contrary, Ms Banerjee projected herself as the face of Bengal.

Lastly, the COVID-19 crisis in the country has largely been deemed as a failure of the Centre. This factor too played a crucial factor in deciding the power bearers in the State.

With the people's support, Ms Banerjee will continue her decade-long regime for the next five years. The results of this election may play an imperative role in deciding the leader of the Opposition coalition in the coming Lok Sabha elections.