The portrayal of women in Tamil cinema

Tamil movies have objectified women for the past few decades. 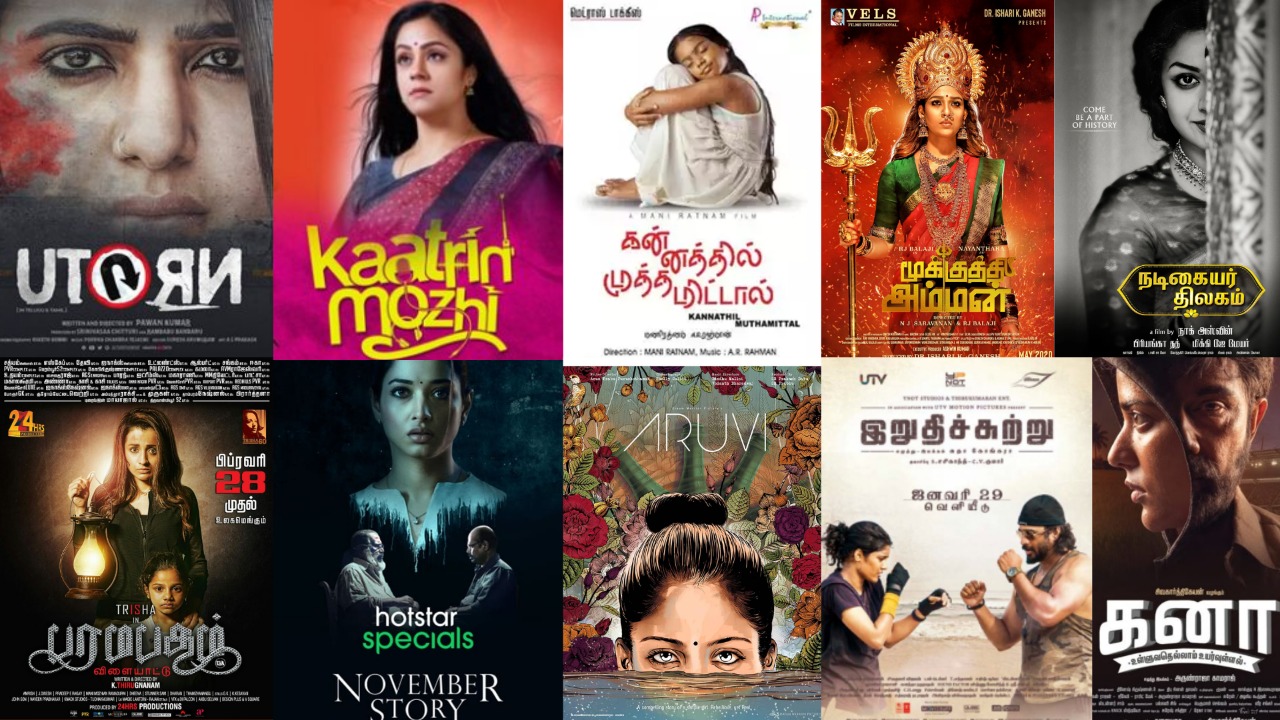 Chennai: Nayanthara is called ‘Lady superstar’. Keerthy Suresh has won the national award for her exceptional acting in Nadigayar Thilakam. Everyone cheered when Nayanthara appeared as a Hindu goddess in Mukutthi Amman. Yet where were Nayanthara and Keerthy Suresh when they had to share the screen with superstar Rajinikanth in the movie Annaaythe?

The second most populous country in the world, India has a massive reservoir of strong women. In urban as well as in the rural areas, these women are proving their mettle and making huge progress in their personal and professional lives.

In India, films have played a major role in objectifying women right since the 1970s. A typical scene in Indian movies is the woman being attacked and saved by a superhuman saint-like hero. Film melodies have also played their part in commodifying the female body and that has been generously lapped up by an entire generation.

“Movies nowadays have a huge influence on the people, even though they are just a mirror to reflect reality. Objectification of women is not just about an item song anymore. Most well-known female actors are cast in roles just for the romance factor,” said Prakruthee, an upcoming director.

In Tamil Nadu, movies have been a great influence on people across the spectrum and the inspiration from films can change the whole opinion about something or someone. “Movies have played a major role in the state; they have been the reason why Tamil Nadu politics has become controversial. When movies can influence democracy, they influence people,” said Vignesh Karthik, director of Yours Shamefully. “Movies have contributed significantly to the increase in eve-teasing and the derogatory language against women,” he added.

Research has also shown that objectification of women in films has led to sexual assaults, sexual abuse, and other crimes against women. The stereotypical portrayal of women based on gender definitions has also been a part of the film industry in which female-lead role films are known as female-centric films, whereas male-dominated films are known as just films, thereby subtly discriminating against women.

Though there is a considerable change in the mindset of the Indian film industry by way of producing female-lead movies, still the showcasing of women as sexual objects has not stopped.

“We are not asking for female-centric movies. We are asking for movies where the hero and heroine carry equal importance in the movie,”

“In my opinion, the film industry has progressed a lot since the '90s. It is not just the industry, it is the mindset of the people as well. The same audience who laughed at transgender people being made fun of 10 years ago are now encouraging movies in which they are respected and regarded,"

said Baradwaj Rangan, film critic. “There is an objectification of women in Tamil films, but the situation has improved in the past decade. A complete change will not happen overnight; it will take a few more years,” he added.
All stories that are reported, edited and published on this platform are original, produced by the students and faculty of National School of Journalism, sometimes contributed by guest faculty and speakers. If you would like to contribute, please email us at tannoy@nsoj.in NSoJ is a news organisation and a highly-selective Journalism school that trains India’s best journalistic talents to become ethical journalists who care deeply about truth, justice and democracy. If you are passionate about journalism and care about the core values of journalism as we do, please apply for a place in one of NSoJ’s programmes - Bachelor of Arts or PG Diploma in Journalism at www.nsoj.in.