While the campaign trail and tough questions posed by Owaisi resembles that of Bihar elections, Uttar Pradesh and its prevailing political scenario is an altogether different ball game. 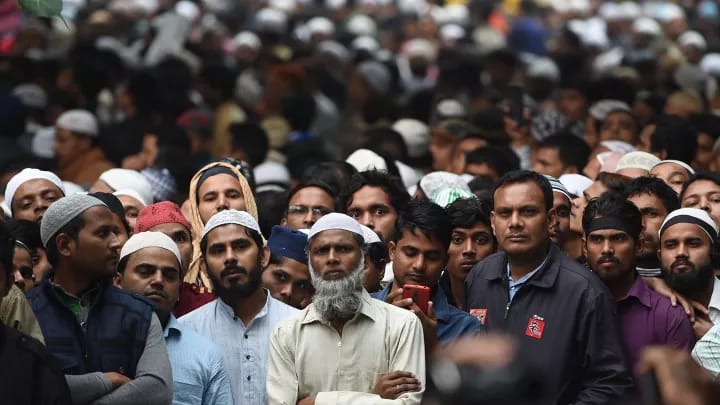 Which way will it swing? Credits: Money Sharma/AFP

Samajwadi Party chief Akhilesh Yadav, while speaking in Hardoi at a public gathering on 31st of October, praised Sardar Patel and mentioned Jinnah, the founder of Pakistan, in the same breath.

Ignoring the rare aberration coming off late from the prime challenger, all the main opposition parties in the poll bound Uttar Pradesh have so far trekked cautiously over continuous communal provocations or for that matter even instigating one.

The restraint has been remarkable hitherto to not fall in the tried and tested trap of the ruling Bharatiya Janata Party (BJP). However, insulating itself for long is a mounting task.

Continuing his age-old tactics, while speaking on the eve of Diwali in Ayodhya, UP CM and BJP leader Yogi Adityanath spoke at length with communal overtones. He 'reminded' the gathering of how earlier regimes spent money on building walls of Kabristan (Muslim graveyard), but now the same money is routed to resurrect and beautify decrepit but venerable temples. It is notable that Shamshaan vs Kabristan was a major, and successful, poll plank of Narendra Modi led BJP in the 2017 assembly elections.

'Appeasement' at arm's length'
Almost all the anti-BJP parties in the hunt, have kick started their campaign in the Navratra days. Congress' Priyanka Gandhi Vadra sounded the poll bugle from the holy city of Varanasi, with Baba Vishwanath's chandan (sandalwood paste) on her forehead while also chanting Durga mantra, apparently in an attempt to highlight her Hindutva credentials.

At the same time, once a heavyweight in state politics, Salman Khurshid, was made to sit far from Priyanka on the stage. The 'sidelining seating arrangement' in Congress' public meeting is not the only notable departure. Across parties, the SP and BSP too, have almost eliminated every head from the stages and posters sporting a (white) skull cap, a significant symbolism in the past fancying to fraternise with the Muslim voters.

Azam Khan, a Muslim leader of the Samajwadi Party with a mass following, is not in the picture as he languishes in jail. Meanwhile, SP has mandatorily replaced all sorts of head gears with an uniform red cap. Thus, making their Muslim workers and leaders, not many bigwigs around though, 'unrecognizable' by their identity marker, or at least mitigating the probability of it.

Mayawati's BSP, going all guns blazing, too, is without any big Muslim face in the poll fray. Rallies of the party have evidently lacked any prominent minority leader while she and her party comrades continued to flirt with Hindutva politics.

Jayant Choudhary's Rashtriya Lok Dal (RLD), hopeful of making a comeback in the electoral scenes while piggybacking on (Jat led) farmer's protests, have made their Yatras in western UP, the region with fair Muslim presence, without any Muslim neta.

The Muslim Vote
Muslims comprise the largest (approx) 20% share in the state's population. There are ample seats of eastern UP, Rohilkhand and western UP in particular, where the Muslim voters make up the decisive voting block. (Rohilkhand is a region in northwestern Uttar Pradesh, centred around Rampur, Bareilly and Moradabad)

The constituencies of Bijnor, Farrukhabad and Rampur, for instance, has around 40% Muslim population.

Therefore, the importance of Minority votes in UP cannot be underestimated from the opposition's point of view who are keen to oust the Adityanath government.

The community has the perception of voting in masses as a block, predominantly to keep the BJP away from power. However, this 'taken-for-granted' perception responsible for portraying the community as a monolith electoral constituency has witnessed substantial challenges from their voting pattern itself.

Muslims devoutly voted for the Congress party until Mandal Politics arrived in the 90s. Backward Muslims (Alzaf & Arzal) started deserting the party indifferent to their growing aspirations and shifted allegiance to social justice parties in search of greener pastures.

Since then, Congress has lost their support from Muslims while, SP and BSP have had their grip over the Muslim votes who have cautiously stitched social alliances in their citadels and posing formidable challenge to the BJP.

Fast-forward to the 2021, BJP's Hindutva politics has achieved unprecedented consolidation of Hindu votes, cutting across caste and class, thus, rendering Muslim votes inconsequential. The fact that opposition remains fragmented among themselves for the same vote share has been a boon for the saffron party. 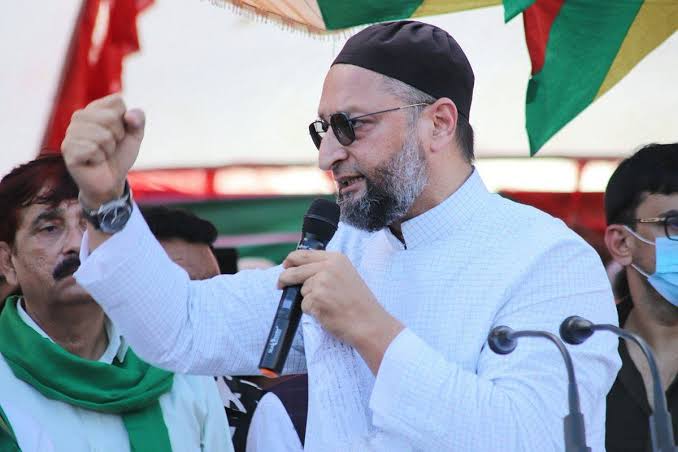 Owaisi's tough questions
Asaduddin Owaisi and his AIMIM are resolute to create an impact this time around. Last time too they tried their luck at some two dozen odd seats, but drew a blank. Coming 2022, the party has announced to contest on at least 100 seats, presumably on those with substantial Muslim presence.

Riding on the success in Bihar assembly polls late last year, the AIMIM is visibly optimistic of a similar performance in the neighbouring state too.

Hyderabad MP and party chief has been creating buzz right since he arrived in UP. His visit to Ayodhya fumed Hindutva outfits who even protested against.

Drawing crowds due to his excellent Urdu oratory, Owaisi has been making solid arguments as usual. While slamming parties like SP and BSP of 'betraying' Muslims, he thundered that if other communities could have their own parties then, 'why not Muslims?'

"If 11% Yadavs can elect a CM, then why can't 19% Muslims elect 19 MLAs of their own?", asked Owaisi in his address in Barabanki in September. Also, Owaisi has rightfully questioned the 'silence' of 'secular' parties against day to day humiliation, harassment and injustices faced by Muslims in the state. On the other hand, he and his party has been unsparing and castigating in its criticism over developments around issues like Babri Mosque, 'Love-Jihad' law, targeted encounter killings of minorities etc.

These emotional rhetoric have been sandwiched between the backwardness of the community concerned and the consecutive failure of 'secular' parties to contain the BJP despite using Muslims as a "captive vote bank".

While the campaign trail and tough questions posed repeatedly by Owaisi, accused to be the 'B-team' of the BJP, resembles that of Bihar elections, Uttar Pradesh and its prevailing political scenario is unmistakably a different ball game.

The key differences
For all the progressive eloquence Owaisi waxes, a 'needy' Seemanchal to pay heed and lend an opportunity is missing in UP. (Seemanchal is a muslim dominated north-eastern region of Bihar and is among the least developed regions of the country.)

Though, as mentioned earlier, many districts and assembly segments in UP does have considerable minority population, none of them come close to Bihar's Kishanganj (in Seemanchal), which has over 70% Muslim population, and where AIMIM bagged five seats. The minority population of UP is comparatively scattered.

Even on developmental parameters, Muslim dominated regions aren't as worse off as their Seemanchal brethren. In fact far better. Therefore, arousing a similar regional sentiment is almost an impossibility.

The other massive difference resides in the leadership of the two states. Nitish Kumar as a leader, even while being in coalition with BJP, is satisfyingly 'secular' in his approach when weighed against his UP counterpart who presides over and nurtures unbridled communal and venomous atmosphere in his regime.

Blatantly biased and communal approach adopted by Yogi Adityanath government during anti-CAA protests, the riots that followed, spate of 'superficial' encounters or 'anti-love-jihad' law, the ludicrous dystopian imaginations are seeing the daylight in UP.

Therefore, the 'fear' factor is too overwhelming to overlook for the Muslims of UP.

In the recently concluded Bengal elections, where the TMC returned with a thumping majority, minorities 'understood' the need of the hour and voted inordinately in favour of Banerjee's party. Lesson learnt, thereby, was to avoid the division of votes in order to keep BJP away.

In the face of the above political scenario, the task for AIMIM is too uphill to achieve. However, it can find solace in the fact that the language barrier it came across while pleasing Bengali Muslims is no more an issue here. Also, there's not a sole claimant to Muslim votes in UP unlike Bengal (TMC is believed to have got over 80% of Muslim votes). So if AIMIM manages to put up a stronger candidate, on a given seat, having high chances of defeating the BJP, the elections might not be too lacklustre for the party.