Perseverance can overcome mountains: The story of the Flying Sikh

How sheer determination and perseverance of a young man led him to become one of India’s most celebrated athletes of all time. 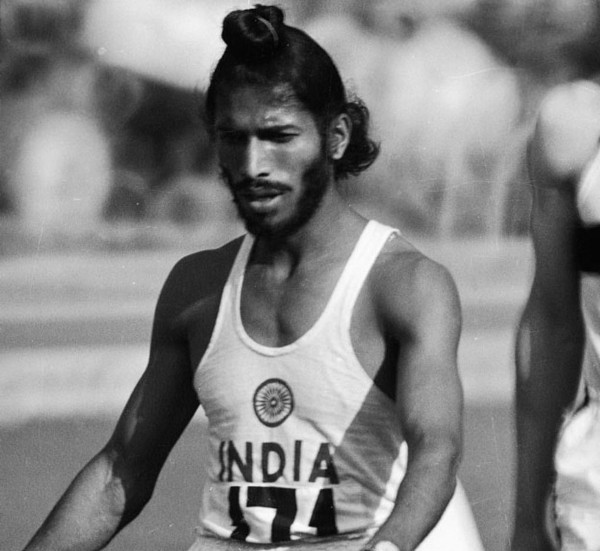 Milkha Singh, popular as The Flying Sikh, is a legendary sports icon and Padma Shri awardee. He was born on November 21, 1929 (some records state 1935 to be the year of his birth) in a Sikh Rathore family in Govindpura, near Muzaffargarh, modern-day Pakistan. His autobiography, The Race of My Life was published in 2013 and was later adapted into the award-winning biopic Bhaag Milkha Bhaag. The movie manages to capture the horrors of the partition of 1947 and its aftermath, revolving around the life of young and orphaned Milkha Singh. It depicts how he learnt to navigate life on his own, persevered through hardship and grief and became one of the greatest athletes India has produced.

Having witnessed brutal violence that ensued during the partition, Milkha was deeply impacted by the deaths of his parents and a few of his siblings. Following the Partition in 1947, he travelled alone to Delhi and lived with his sister for a short period. After several failed attempts, he got recruited to the Army, where he was introduced to athletics.

His childhood included running a 10-kilometre distance to and from school, therefore helping him build his stamina at a very young age. He was determined to succeed and was motivated by the littlest of things, like a glass of milk and two eggs in his first cross-country race in the Army, as shown in the movie. After finishing 6th in this race, he went on to be trained to become a 400-metre sprinter and participated in several games. He became the first Indian male to win a gold medal in the Commonwealth Games at Cardiff in 1958 - an important race that catapulted him into the limelight.

Milkha Singh made his first Olympic appearance in 1956 in Melbourne but did not progress past the heats. Despite this, he remained undeterred and continued to participate and set records in national competitions, like in the National Games held in Cuttack in 1958. He is, however, best remembered for his performance in the 1960 Rome Olympics, even though he lost the third place by a small error that proved fatal. Not discouraged, he went on to win gold medals representing India at the Asian Games in Jakarta in 1962. This was truly the peak of his career, cementing his position as an unparalleled athlete then.

All of these events - his tragic childhood, experiences at the army and his successes as an athlete - moulded his personality. One could even say that the trauma he experienced is one of the reasons why he refused to accept defeat and give up, but rather, continued to work harder to prove himself. Perseverance, courage and determination appear to be his most prominent characteristics, with the drive to win coming to him almost naturally. His past stayed with him as he continued to gain fame, and as depicted in his biopic, he was often reminded of his father’s last words “bhaag Milkha, bhaag”(run Milkha, run). Shaped by the events in his life that he had little to no control over, he refused to let them shape how his future would turn out and that is evident in his biopic.

He has donated all his medals to the nation and even sold his biographical movie’s rights for one rupee after ensuring that a portion of all the profits earned would go to the Milkha Singh Charitable Trust (est. 2003) to assist needy sportspersons. These actions highlight his humility and understanding of his fame, with the goodwill to help people who might be just like how he was in the past.

Milkha Singh’s success is testimony to the saying that “hard work, perseverance and faith are key elements to success” and that there is no substitute for sheer hard work. That is why it comes as no surprise that decades after his winning streak and stunning legacy, his resolute will to succeed remains a major inspiration to many young sportspersons even today.