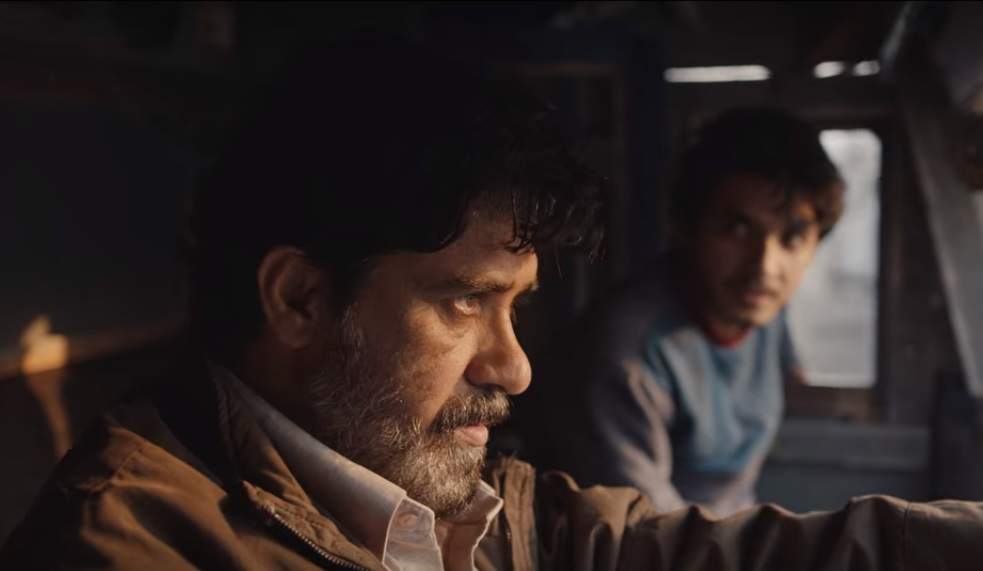 Ivan Ayr’s ‘Milestone’ (Meel Patthar), which was initially released in September 2020, was finally aired on Netflix on May 15, 2021. The director’s second feature film was awarded the best film at the Silver Screen Awards, at the closing event of the Singapore International Film Festival.

The film starts with a blank screen for about 30 seconds keeping the audience confused until Ghalib (Suvinder Vicky) is seen covering a truck with black plastic sheets. The story revolves around the protagonist, Ghalib, who is a truck driver with miles on Indian highways, and Pash (Lashvir Saran), an ambitious young man who works as an intern and is excited about driving trucks. Ghalib’s life seems static, especially after his wife recently died by suicide, which remains a mystery. He wants to accept the reality but experiences a hard time doing so. On the other hand, Pash strives to get a job as a truck driver but is considered amateurish and unskillful.

The film is set on the outskirts of Delhi-NCR and Ayr focuses on the lives of the truck drivers who more often are on the road than at home. It takes the viewers through an emotional ride as they see Ghalib’s life after work. The pale blue walls, dusky tables, and the rotten bananas in Ghalib’s house symbolize that after Etali’s (Ghalib’s wife) suicide, the home is now just a house. To escape this reality, Ghalib decides to go back on the road despite having severe back pain. His job is his only identity, as he says, “I do this job because this is who I am and my misery is that this is all I am.”

Ghalib knows he is growing old and might struggle to stay physically fit. Ghalib bribing Pash to leave the job shows his insecurity that despite working for his boss for decades a young intern still poses a threat to him. The scene in which the labour union leader talks to Ghalib makes him realize that everyone is trying to survive.

The women are brave and fearless like the village head (Mohinder Gujral), or Ghalib’s sister-in-law (Gaurika Bhatt). Most of the dialogues are a mix of Punjabi and Hindi which blend beautifully making the story realistic. The actors live their characters so well, leaving a deep imprint on the viewer.

The 97-minute-long film is Ivan Ayr’s yet another masterpiece after his first feature film ‘Soni’ (2018), for which he received a special mention of “Achievement in Directing” at the 2018 Asia Pacific Screen Awards. It is a story that happens around us and Ayr has depicted it in the most promising way.