Humans often experience their eureka moment through the understanding of relationships between different parts of a problem. The solutions may turn out to be unique! 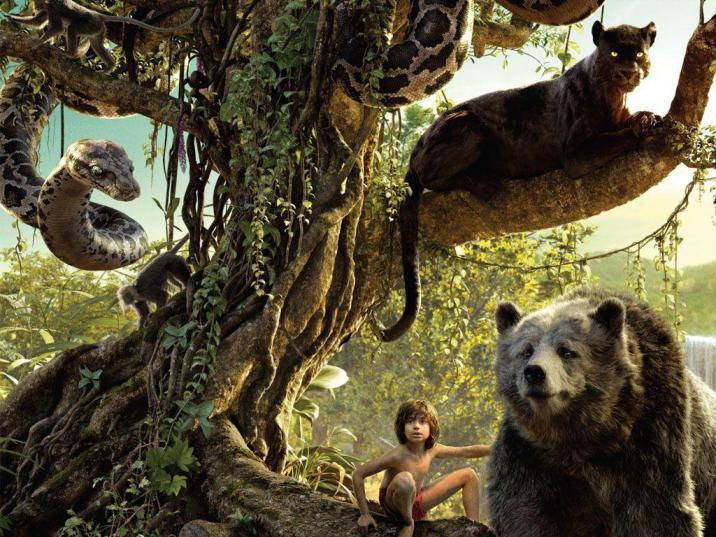 The Jungle Book is an enthralling story which has captivated people across generations. As a story respecting the environment and everything that lives in it, it shares a great message. Immersed in greed and want, a human values his rationale to justify the ruin of the natural world.

Mowgli is raised in the Indian jungles by a wolf-pack as their own. He was often dissuaded from employing “man tricks” to keep pace with the wolf pups. Bagheera, the black panther, kept Mowgli company and mentored him for survival in the jungle. A devious tiger Sher Khan – mauled by a human being – nursed a grudge against all humans, including Mowgli.

Our interaction with the environment and its constituents builds our experiences. This, coupled with our basic intelligence, could help us perceive a problem as a whole rather than as a sum of its parts. The different parts of the problem, however, could be “visible” leading to a sudden understanding of the relationships between them. Our mind then perceives, constructs and reconstructs experiences which bring us insights and alter our perceptions - the learning continues.

Let’s look into the lens of The Jungle Book to catch a few glimpses of Insight Learning.

Competing with the wolves in a race, Mowgli uses the tree branches and vine to cover ground and defeat them. During his years in the jungle, Mowgli might have observed monkeys jump from tree-to-tree for quick movement. Retaining this memory, he replicated the learning. With experience, man is able to solve problems better and sooner.

When Sher Khan tries to hunt Mowgli, he finds himself trapped in a stampede in a slushy ravine. Attempting an escape from Sher Khan, Mowgli looked for a way to escape the tiger and was struck with the idea to board a bison and travel away.

A hungry Mowgli finds a bunch of delicious berries hanging on a branch. He jumps, in vain, to collect them. However, after looking around, a vine catches his attention. He collects them, creates a loop around the branch and pulls it towards himself, thus obtaining the berries. This points to the fact that he predominantly learnt this from his insight.

Baloo, a shrewd but friendly bear, saves Mowgli from the clutches of Kaa, a deadly snake. The bear demands a payback of collecting honey from hives on a cliff. Using his ‘tricks’, the man-cub obtains a beehive but gets stung in the process. Mowgli, a determined boy, figures out a way to obtain the honey – easily and sting-free! The process of Insight Learning, through this scene, was achieved as follows -

Preparation – Mowgli tries to obtain the honey by using his knowledge acquired in the jungle.
Incubation – He is able to obtain a fraction of honey, but gets hurt in the process. Next time, he covers himself with leaves to avoid being stung.
Insight – He tries to add on new ‘tricks’ thus creating a better process to collect the honey, which was his Aha Moment!
Verification – Living in the jungle for many years, Mowgli appears to have tried, failed and succeeded with many activities. He learns things quickly and remembers them too. He has mastered some of his jungle ‘tricks’ by the method of trial and error, making him arrive at concrete solutions faster now.

Every life on earth has a purpose and their balanced presence is necessary for the circle of life. Children learn and live to respect life, though little respect to the environment and animals is seen as we grow. A lesson for children is that Mowgli, aware of his human knowledge, uses it to improve rather than destroy an entire ecosystem.