How To Ensure Women’s Safety In India

Safety of women is a major concern and the statistics in India continue to haunt it's women. Amidst the recent cases of violence and rapeculture, is India ready to prioritize the safety of women? 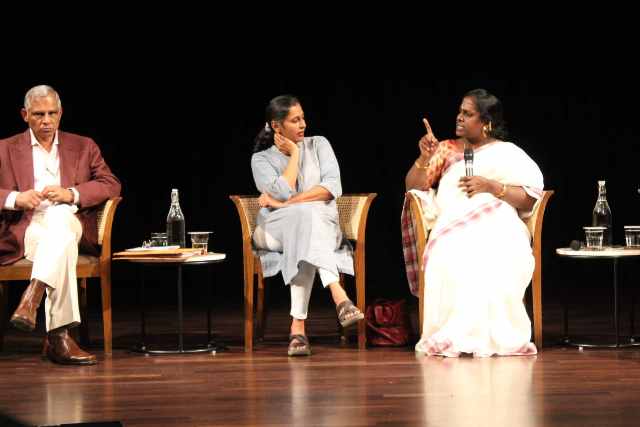 By Preetika Parashuraman and Nisha Singh

Bangalore: Rules in India are meant to protect women rather than ensuring their safety. “Legal justice has been a mirage for women," said Sneha Visakha (Research Fellow at Vidhi Centre for Legal Policy), during a discussion on women’s safety held here recently. The crimes against women are discussed everywhere and every day. Yet, appropriate steps to control the rise of these crimes are lacking, she added.

Bangalore International Centre held a panel discussion making an attempt to put the issues of women's safety in front of people in a different way.

To keep their daughters safe, parents restrict them from moving out of the house at night and wearing short clothes, talking to boys, etc, said Ms. Isaac. “Gender equality starts at home. To witness an attitudinal change, conversations about safety and sexuality must be present in all layers. Most importantly they must spring from home. We, as human beings, must feel empowered. But to do so, we must discuss the role of power in society. Distinguish between those who are dis-empowered and who abuse the power, she added. “Separation of sex is the same as the separation of sexual violence. When we become more open and comfortable with the notion of sex, we will actually be able to stop sexual violence,” added Ms. Isaac.

Ms. Padmashali said, “There was a dire need to bring a change in the attitude of society, especially in rural India where rape culture continued to this day. Owing to lack of education, rape culture had clouded the minds of the people, creating a stigma by muting the voice of the victims and glorifying the violence against women.” The government has failed to address this issue, she added.

In India, there are only 125 police officers for every 100,000 and this is one of the lowest police-to-population ratios in the world. According to the National Crime Records Bureau (NCRB), 67 women are sexually assaulted in India every day. The term violence is recognized only if it is sexual violence.

The patriarchal society system in India is highly unfair to the victims of domestic violence. It is an age-old notion that males are the bread-earners of the family and they can get away with expressing their frustration by abusing their partners and they do that to satisfy their male ego.  Statistics say, a majority of domestic violence cases are still not reported which is an alarming situation in itself, Ms. Padmashali said.

“The nation itself is so diverse because of the co-existence of so many languages, religions, dress, food, class, caste etc. How do you create a platform to discuss these issues?” said Ms. Padmashali. When such violence occured with transgenders, it would become more difficult for them because there is no one to raise voice on their behalf, she added.

“How media needs to go ahead when they are dealing with the news related to sexual violence?” asked one of the audiences.

“There are times when it’s better not to tell a story but sometimes it is most important to tell a story,” Ms. Dhanya replied. “I also blame the hypocrisy of readers and viewers too, not just the media. A 17-year-old died in a sewerage in Bangalore and how many Bangaloreans will read that? People only read about certain things and the media keep providing them that.” she added. How the media covers the issues of crimes against women is important as well as how it affects the mindset of readers, she said.

The overall impression of the panelists was that in order to control this crime, a team which only handles rape cases, which can access the live location through devices to avoid the crime, should be formed. Stern measures are required for the time-bound implementation of the stricter laws which can potentially solve the problem of women’s safety in India and in the longer run will help in sustaining a safe environment for all.