How His 12-year Dream Came True

Dreaming about participating since age 14, Sanoj Raj, (now 26) a contestant from Bihar, has found fame and fortune by becoming the first crorepati of Kaun Banega Crorepati (KBC) Season 11! 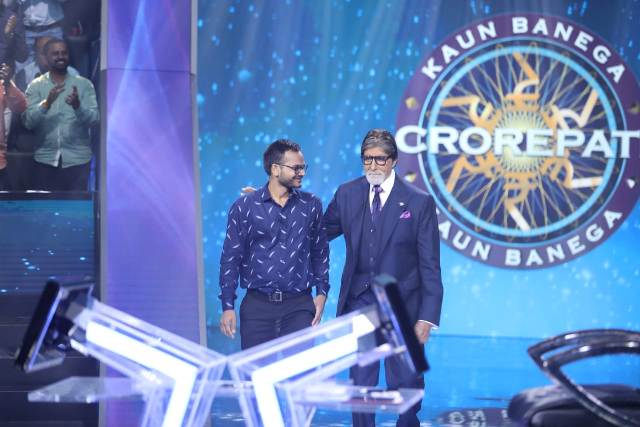 Sanoj Raj and Amitabh Bachchan on the sets of KBC

Q: "The father of which Chief Justice of India was once Chief Minister of an Indian State?"

Sanoj correctly answered this by choosing option A, “Justice Ranjan Gogoi”. To do so, he used his last lifeline and then became the first contestant to win Rs.1 crore and thereby, the first crorepati of KBC Season 11.

Let's find out what drove this young man to chase his dream.

Since the age of 14, Sanoj has dreamt of participating and winning the much-loved reality game show. So, right after he turned 18 (only those over 18 can participate in KBC), he started working towards achieving this. And by a combination of luck and sheer hard work, this young man finally got a chance to compete in season 11 of the show. Hailing from a farming family based in Jahanabad (Bihar), Sanoj completed his Engineering degree in computer science three years ago. He is now preparing for the Civil Services examinations as his goal is to become an IAS (Indian Administrative Service) officer.

"I felt my preparation (for the civils) would help me in KBC as well," Sanoj told NSoJ in an exclusive interview.

Even though he knew the correct answer for the Rs.1 crore question, Sanoj chose to use his last lifeline, “Ask The Expert”. In fact, KBC host Amitabh Bachchan (lovingly known as Big B by his millions of fans), too asked him why he used the lifeline when he was sure of the answer. "I realized I cannot use any lifeline for the jackpot question of Rs.7 crore, so to be doubly sure of this answer, I exhausted all my lifelines. And by god's grace, it worked out for me!," said Sanoj.

How was it interacting with Big B? "Big B Sir encouraged me even behind the camera and also appreciated my calm and composed attitude," he said.

And how does it feel to have won such an incredible amount of money? “Winning KBC is a golden phase in my life. And of course, I would like to have more of such opportunities. But, the expectations of people around me have also risen, and I have new responsibilities to take care of. I do not wish to disappoint anyone," he said. What does he plan to do with his winnings? "Right now, I am focused on my exam preparation. But if my father wants to invest this prize money in any business or any venture, I am happy about it," he said.

Sanoj Raj’s success story has inspired young people around him. He has also proved that it does not matter where you come from; what makes a difference in achieving your goal is your hard work, and determination, and a wee bit of luck”.

“It does not matter where you came from, what makes a difference is your hard work, determination, and a bit of luck”.