December 19 will be a date to remember for Indian Cricket. 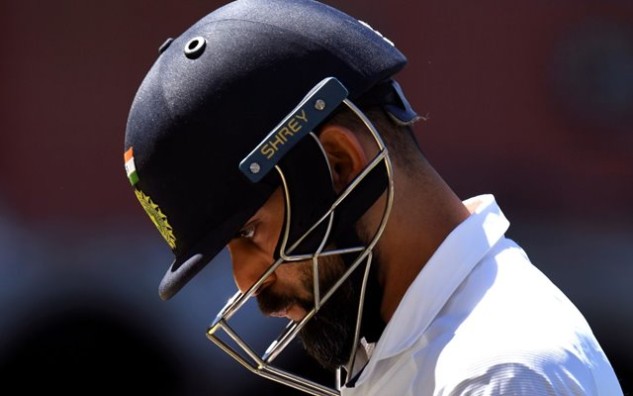 Virat Kohli disappointed after being dismissed in the second innings at Adelaide Oval. Credits: Sportskeeda.com

Bengaluru: Indian cricket captain Virat Kohli battled the disgrace of leading the team to lowest-ever Test score of 36 on day 3 of the first Test match against Australia in Adelaide on December 19, 2020. Interestingly, it was also under his captaincy, four years ago on the same day that team India had notched up its highest Test total of 759 against England. At the Adelaide Oval, the match was in India's grasp for a better part of two days but they let it go. The team had nine wickets in hand with a lead of 62 runs at the start of day 3. Australia clearly looked out of the contest.

But India’s battling started to collapse while facing the dominant Australian pace-attack. A fired-up Josh Hazlewood and Pat Cummins, who knew the trick to pick up early wickets, put India under pressure. Hazlewood reached a milestone of 200 wickets in his illustrious Test career by showing sensational bowling figures of 5-8, and Cummins, with an impressive 4-21, bowled out India for 36 in just 21 overs.

None of the Indian batsmen in the second innings managed to score a double-figure, something which hasn’t happened with the team in Test cricket since 1924. Australia finally beat India by eight wickets to take a 1-0 lead in the four-match series.

Four years ago on December 19, at the MA Chidambaram Stadium in Chennai, the Test match witnessed Karun Nair becoming the only second Indian cricketer to score a triple century after Virender Sehwag, while KL Rahul scored 199. India had put up a mammoth total of 759 for 7 in the first innings, which helped them beat England by an innings and 75 runs, and also clinch the series 4-0.

"It is an evidence of the character of this side and what the guys prepare like for a Test match, playing for the country," Kohli had said on that historic day.

But after the loss in Adelaide, the Indian captain found it hard to put those feelings into words. He said: "We had a lead of 60-odd coming and then we just collapsed. When you work hard for two days and put yourself in a strong position, and then an hour puts you in a position when it's literally impossible to win. To be honest, there was some good bowling but they didn’t do anything drastic".