Grumpy And The Greedy

Set in the urban Lucknow, the movie with its ensemble revolves around the age-old palace, the tenants living in it, and the owner. 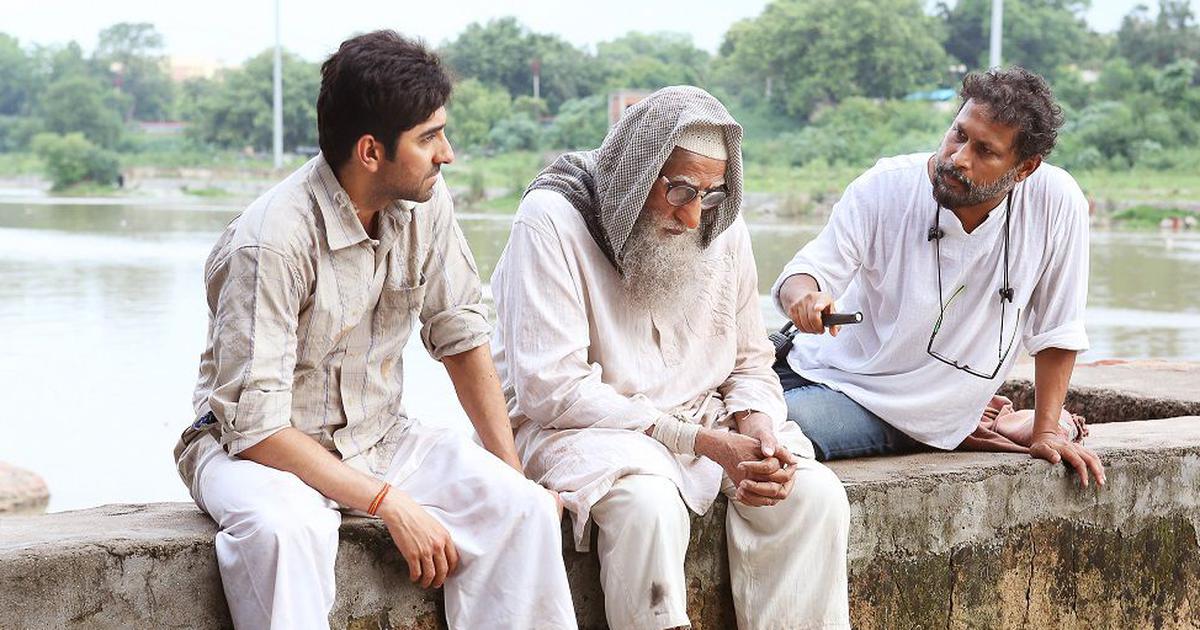 In one of early the scenes, the grumpy, irritated old man Mirza says to his tenant Baankey, that he married a 17 year older woman, simply for the 'Haweli' and his unparalleled love for the property. In reply when Baankey calls him greedy, he labels him a 'leechad' instead. Gulabo Sitabo had been making rounds of talks much before its release for various reasons. Was it worth all the hubbub? Maybe yes, maybe not.

Set in the urban Lucknow, the movie with its ensemble revolves around the age-old palace, the tenants living in it, and the owner. Baankey, played by in form Ayushman Khurrana has been living in there forever with his family, paying a mere 30 rs rent, along with a few other tenants, who happen to more. Mirza is in a constant tussle with all of them, wanting to get the palace empty of these 'parasites' as he calls them, and wishes to get the landlord ship of the same.

The central theme and one of the abstract characters in the film is the pertinent greed in humans. The movie encapsulates and builds upon this theme one of the most original cinematic experiences. While there remain many things to adore about this Shoojit Sircar directed venture, the slow pace and the subtle satire and commentary on human nature may be problematic for some to take in. The two leading men in the movie shed off their off-screen image and become these problematic characters, which again may or may not be well received by the audience.

This is not the quintessential Ayushmann Khuranna film. Like a few of his last successful ventures, it does not address the taboo subjects, nor is he doing the entire weightlifting here. Baankey's lack of ambition, apprehensions about the future, and constant tussle with the landlord is captured beautifully by the actor. The megastar Amitabh Bachchan has let go of his magnetic 'Bachchnaness' and plays Mirza without any vanity. He is a troublemaker, greedy, irritated, and an extremely self-centered man, probably one of the most difficult characters to like, in Bachhan's entire filmography. The 77-year-old plays such man with conviction, he is almost unrecognizable under that heavy makeup, but the acting prowess is very much apparent.

The supporting actors are the ones who actually make this film an interesting affair. When fatigue from the constant exchange of words from the two main leads creeps in, these actors bring some lightness and flair to this tragicomedy drama. Vijay Raaz and Brijesh Karla as an archaeological officer and a lawyer make this film more lively. Even in the smallest frames, both of them bring the inherent 'lucknowi' charm alive. They are witty, cunning, soft-spoken and the fulcrum of the story, making way for a brilliant climax. Special mention for Shrishti Srivastav and Farukh Zafar who plays the begum. The women in the film are the ones who ride it till the end. The sanest of all.

The cinematography of the movie is a big plus. Avik Mukhopadhyay captures the unrushed and the vintage nature of the 'Nawab city' in a very unique way. If the slowness of the screenplay is taking you off, the camera work will literally make you feel like one of the elements in the movie.

Gulabo Sitabo is a satire. It talks about the basic problem with human nature, misplaced priorities, and materialistic greed. Mirza is actually waiting for his 95-year-old wife to die to get the ownership of the 'palace'. It also very subtly addresses the plight of the lower middle class by the hands of the white-collar people. The age-long exploitation. A satire is generally not everyone's cup of tea because it uncovers our limitations as society and race. Gulabo Sitabo does the same. The slow-paced affair, in the end, will hit hard, make you smile, but out of agony.