Deep Into The World Of Rural Stories 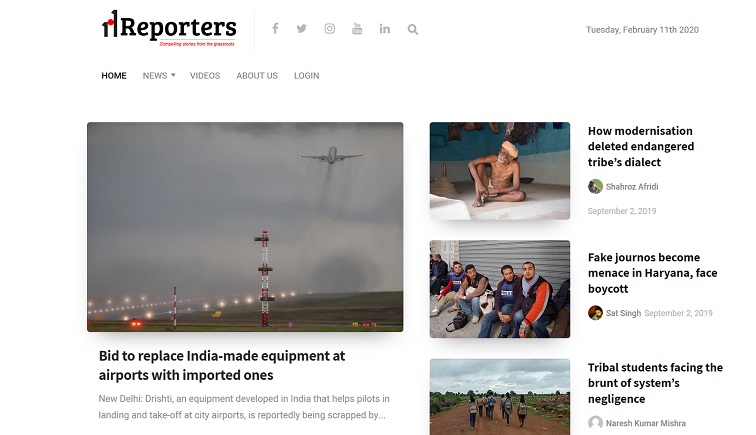 The day's news stories on 101Reporters

Bangalore: Have you ever considered how the stories from rural areas reach the audience in big cities? This was explained recently by Mr. Hemant Gairola, News Editor, 101Reporters, to the students of National school of Journalism here. “Our purpose is to get compelling stories from villages and give a platform to these passionate reporters,” he said.

He explained the need for journalists to be flexible in this competitive world and described the journalist as a watchdog. He pointed out that 60-65% of the country’s people reside in rural areas and their stories were often left behind in the mainstream media. “Stories from villages don’t reach urban people fast and are usually covered in hyper local media which the city dwellers are not familiar with,” he added. Some of these stories are important for people to know about, but they fail to reach a larger audience. He described the situation of rural reporters (called freelancers or stringers) who are not always paid and how that forces them to get into unethical journalistic practices. “Sadly, extortion is the business model at grassroot level,” he added.

“We have partnered with many publishers who help us in highlighting stories from rural India,” he said. Giving insights, Mr. Gairola said several unheard stories were written by these reporters which in turn changed their lives. To empower these freelance reporters, ‘Ashoka Fellowship’ is a grant given to them for their compelling and interesting stories.

Talking of the challenges in the world of journalism and what to expect when young journalists enter the newsroom, Mr Gairola explained how a newsroom works focusing on the various difficulties the freshers may face when they are on the field. “As a journalist you have to be ambitious but at the same time be sceptical of the situation in order to bring the right story,” he added.

101Reporters is a news agency which has freelance reporters across India and neighbouring countries (covering South Asia), partnering with national and international publications.