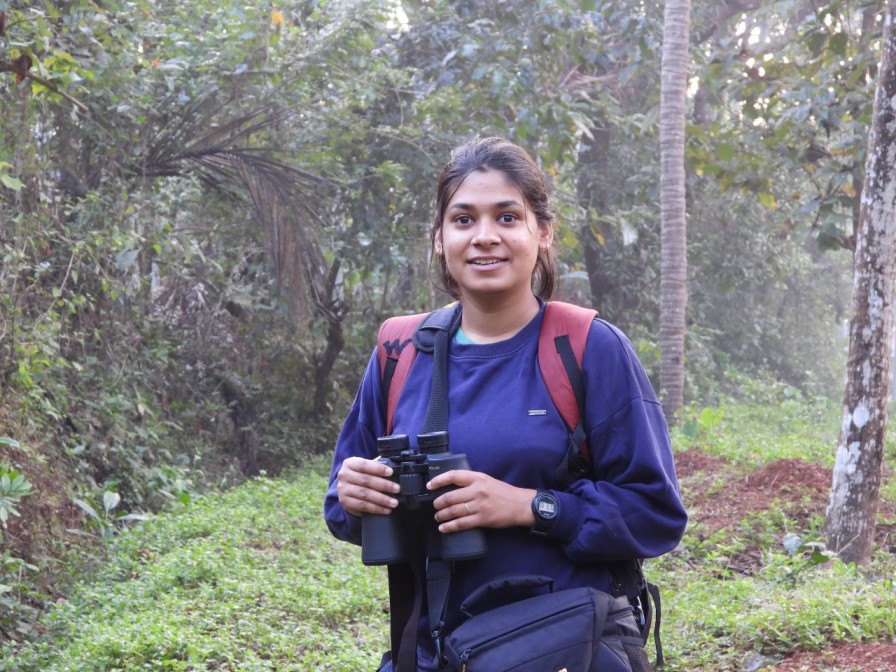 Ayushi Jain is a full-time research conservationist based out of Dehradun. Born and raised in Agra, she has been volunteering and interning with wildlife and environmental organizations like ATREE, Wildlife Institute of India and Turtle Survival Alliance. Now a National Geographic Photo-Ark EDGE fellow, she is working towards the conservation of the endangered Cantor’s Giant Softshell turtle (Pelochelys cantorii) -- also called Asian Giant Softshell turtle -- in India. During this project, she also secured support from other international funding agencies like Clear Reef Social funds and Mohamed Bin Zayed Species Conservation Fund.

Her aim as a conservationist is: “To make people aware of the awe-inspiring biodiversity that plays an important role in making them who they are.”

1. You studied Ecology and Environmental Science in your Masters. How did you get interested to work for the conservation of freshwater turtles?
Yes. For as long as I can remember, I was interested or I should say, fascinated with wildlife. Living in a city, I didn’t get many chances to be around animals until my late teen years. I remember watching shows on reptiles on the Discovery Channel and Nat Geo WILD and I think that is what fuelled my interest. I, in fact, saw my first live turtle when I was just 20 years old (yes, very late in my life) during an internship, and I just knew that this is what I would like to pursue as long as I can.

2. What is the status of the turtle population in India?
Turtles, specifically freshwater turtles are among the most misunderstood and understudied animals in India which is one of the most diverse countries for freshwater turtles. Many can’t differentiate between a marine and freshwater turtle. Most people are not aware of the important ecological role freshwater turtles play in our ecosystem. To date, the large-scale illegal trade of freshwater turtles for pet markets and meat is the most pressing threat to their existence but even then, it is hardly talked about outside of conservation circles.

3. What has been the progress so far and what does the future look like for them?
What we have done so far is no more than scratching the surface. But all is not gloomy; there are many people and conservation organisations making efforts towards saving these species. We have a long way to go before we can take a break. With different anthropogenic threats like hunting for meat and eggs, unscientific construction of dams and check dams, unregulated sand mining, industrial waste polluting the freshwater bodies, etc, it is now inevitable that the general public and communities get involved to make a difference for the conservation of freshwater turtles.

4. What project regarding the conservation of freshwater turtles are you currently working on?
I am currently working on one particular species of freshwater turtles called the Asian Giant softshell turtle or Cantor’s Giant softshell turtle. This turtle is “Evolutionary Distinct and Globally Endangered” (EDGE programme) which means that if this goes extinct in the future, we do not have anything like this in the world. This turtle is one of the largest freshwater turtles in the world. My project focuses on collecting baseline information on this unique species and initiating its conservation in India. 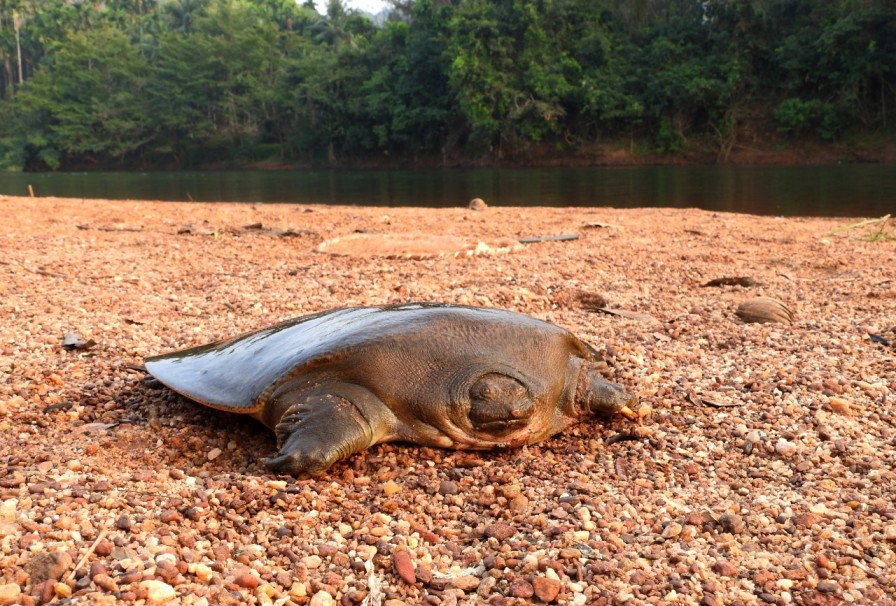 5. Can you recall an incident where you felt most proud about the progress you were making? OR What project of yours are you most proud of and why?
There have been a few instances where I felt that what I was doing is right and that I have to continue on that path. Even then, nothing that tops the network I have built with the local communities. I have gotten information on this turtle which was not known before and achieved multiple milestones only because of this alert network. The people who are part of this network are members of local communities. Some are farmers, some fishermen, and others are labourers. These people are the foundation for the long-term conservation of this species in Kerala.

6. Have you had a career-defining moment that made you go "this is why I'm working every day"? If so, what did that feel like?
I have been part of the rescue of five individuals of Cantor’s Giant softshell turtle. I have seen the species up close only a few times. The satisfaction after each rescue is what makes me want to keep going and not lose hope even in the toughest of situations. If I can contribute towards saving a species that has been endangered due to human activities over all these years, I choose to do that every day over anything else.

7. What do you think needs to be done in order to raise more awareness about the cause of turtle conservation?
More and more communication, education and public awareness are needed the most. We need to involve people who directly impact turtles and their habitat. We also need to involve policymakers, journalists, environmental lawyers, business people who can make sustainable decisions. For a positive change, we need to bring out ideas for different ways to communicate and reach a larger audience. Scientists and conservationists alone can’t fix this, it has to be an interdisciplinary approach. In my opinion, instead of a focused field of study, curriculums should be set to include a different set of people towards this far more complex field of conservation.

8. What are the future prospects in this area of study?
As I mentioned earlier, everyone from all fields can contribute in their way towards turtle conservation or animal conservation in general. There are multiple prospects depending on varied interests and ideas. From on-field research to management actions, there is a role for everyone and anyone in conservation studies.

9. Do you have any advice for budding conservationists?
It’s not an easy road but you should have passion and a lot of patience. Never be scared to start a conversation if you have trouble beginning. There’s a 99% possibility that other conservationists went through similar hurdles that you might face so don’t shy away from reaching out.