AI can aid Newsrooms; Credibility has to be built Brick by Brick

AI can aid Newsrooms; Credibility has to be built Brick by Brick 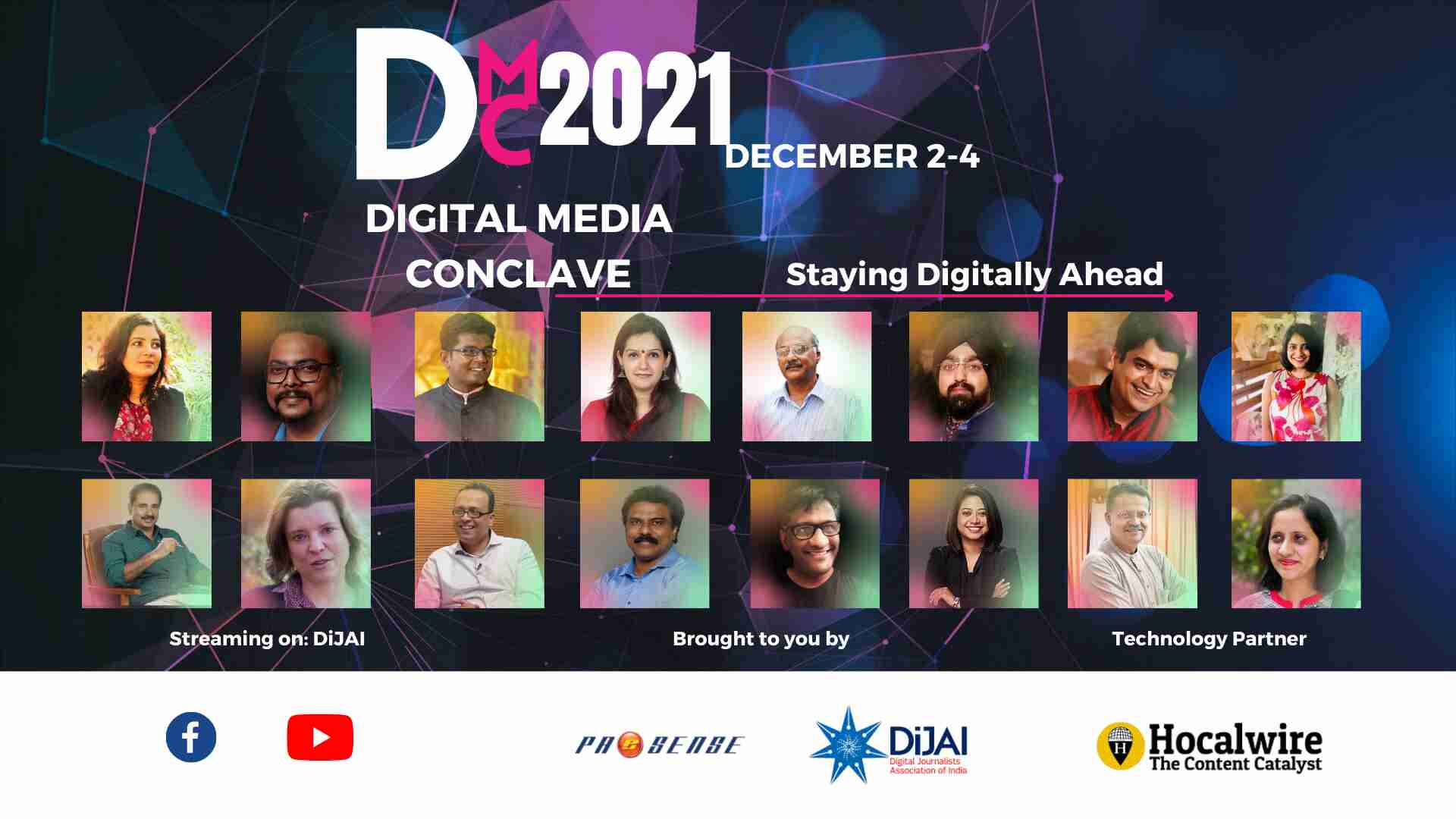 The third day of the Digital Journalists’ Association of India (DiJAI) conclave witnessed two-panel discussions which were moderated separately by honorary secretaries of DiJAI - Dipti Kumar and V Prem Shanker. The first-panel discussion was on AI and its impact on media: content, battling fake news, and audience engagement. Kumar hosted the panel discussion with Jaskirat Singh Bawa, the founding member of the Quint, who is currently heading the fact-checking team at Logically. He was joined by Jency Jacob, an editor at BOOM.

On making the best use of the influence of artificial intelligence (AI) and technology that has come to the newsrooms to aid the work of journalists, Jaskirat said “AI is something that can be used as a means to an end, through getting the information first and right at the same time could be possible.” However, the ‘intent’ needs to be there, he added.

Talking about India's position in the Press Freedom Index report and emphasis on digital media, Jaskirat pointed that everybody likes to control the media and that it is not something new that we are dealing with today. “Digitalization of news has become the democratization of news”, said Jaskirat.

When asked about AI being used by Indian media, Jaskirat said that it has a long way to go due to the complexities of languages and dialects as well as technological barriers. In more homogenous populations, AI has shown considerable progress.

While concluding the discussion, Jacob mentioned that it is important for us to be “tech agnostic”: learning, unlearning, and relearning things that are relevant today without carrying the baggage of the past. “Keep an open mind, it is important for us to keep reminding ourselves to break through the confirmation bias. Be open to challenging notions”, Jaskirat added.

What does credibility in the media mean today?

The second-panel discussion for the day was on the topic ‘What about credibility?’ The panellists for this discussion were Govindraj Ethiraj, founder of BOOM, and Faye D’Souza, independent journalist. The discussion was moderated by V. Prem Shanker, one of the honorary secretaries of DiJAI.

The discussion began with Ethiraj and D’souza discussing what credibility is right now, and what it isn’t. Important distinctions were made about credibility not being related to popularity and opinions. Faye equated credibility with a brick wall: it cannot be built overnight; you lay a brick every day, and maybe, over the years, you build something substantial. But this wall is wrecked if you deliberately choose to stretch or misrepresent facts.

The panellists then highlighted the role of digital media in creating more credible platforms of news dissemination- that, unlike mainstream media, digital media has the luxury to distance itself from the race and the pressure of being number 1; it can choose to cater to a small and specialised audience. Digital media, in this context, bestows a certain sanctity to the profession of Journalism.

Ethiraj and D’Souza then went on to speak about credibility in newsrooms today, and how it has suffered in a TRP-driven, ‘me first’ frenzy. Ethiraj stated that fact-checking, in the present sense, is a new phenomenon, its genesis being the 2016 US Presidential elections when fake news became a tool to achieve something at an organizational level. He reiterated that trust in mainstream media is low.

Answering a question about the effect on credibility in the face of shifting trends in digital news formats, the importance of intent and finding your target audience in such an era was made explicit.

Finally, continuing from the previous discussion, Shanker asked the panellists about their views on the need for a regulatory body to ensure the credibility of media and press in India. D’Souza and Ethiraj both agreed that instead of the government playing middle-person, what we need is robust self-regulatory policies. Both the panellists agreed that media houses, publications, and digital media platforms have in-built self-regulation systems, and grey areas show up when individuals choose not to toe the line. “Journalism has to be self-regulated”, said D’Souza. “There is no need for the government to handle the responsibility to regulate media, as that inhibits press freedom, and by extension, we cease to have a fully-functional democracy”, she opined.