Despite BJP winning two of the three constituencies in the Karnataka By-elections held on April 17, there are several political challenges for the ruling party to address before the crucial State Assembly elections in 2023. 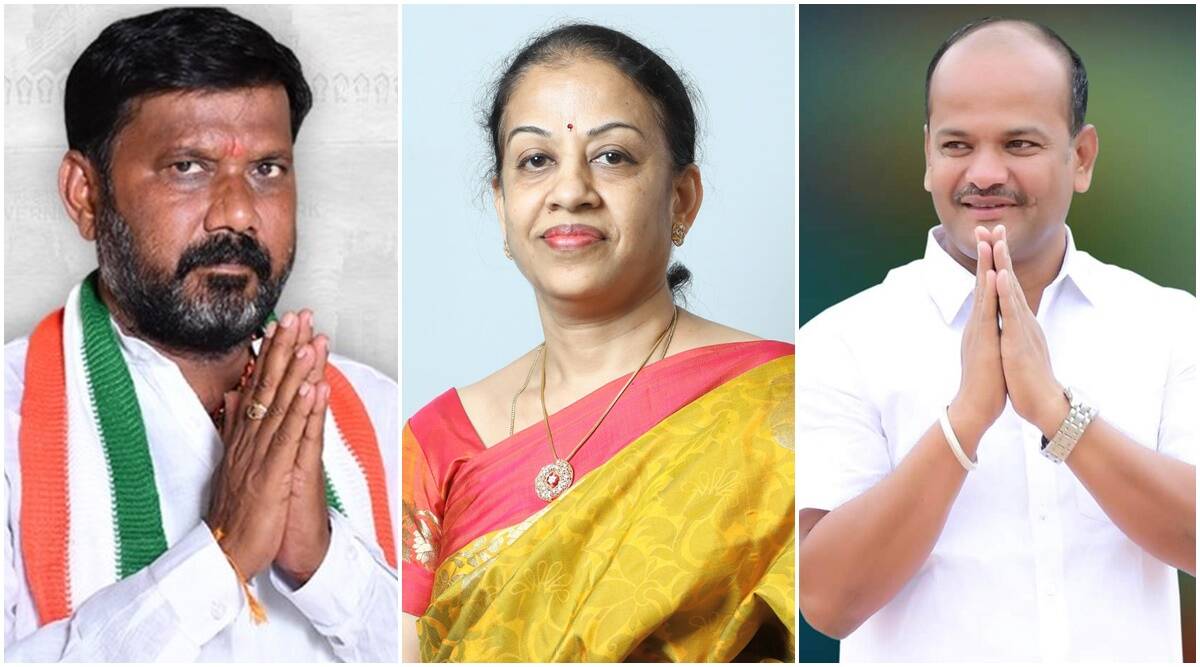 Bengaluru: The much-anticipated by-elections were held in three North Karnataka constituencies on April 17. The results of the by-polls were announced on May 2 in which the BJP has won the Basavakalyan assembly seat as well as the Belagavi Lok Sabha seat while Congress has retained its Maski assembly seat.

The battle was neck and neck in Belagavi, where the counting of votes went down to the wire. Mrs Mangala Suresh Angadi of the BJP made the final cut with a narrow margin of 5240 votes against Congress’ big shot, Mr Satish Jarkiholi. Mangala is the widow of former Union Minister of State for Railways, Mr Suresh Angadi, who died of COVID-19 in September 2020.

The Basavakalyan constituency witnessed BJP’s Sharanu Salagar emerging victorious against his Congress competitor, Mrs. Mala Narayan Rao (wife of Ex- Congress MLA Narayana Rao), who managed to garner just 27,406 votes as against 38,999 votes secured by the winning candidate. It was a landslide win for the Congress in Maski, where Mr Basanagouda Turvihal secured 86,222 votes to defeat his runner-up, Mr Prathap Gowda Patil of the BJP by a margin of over 50,000 votes.

On BJP’s narrow triumph in Belagavi, Mr. Ramakrishna Upadhya, a veteran journalist and a political analyst, said: “ The choice of the candidate has played a vital role here. I think the sympathy card lost its sheen and went against the BJP. There might have been some discontentment among senior leaders of the party over the choice of the candidate. As a result, many top leaders did not campaign for her in the election.”

When asked about the impact of the Maratha community and the Shiv Sena’s political influence in this election, he said, “Shiv Sena’s Maharashtra Ekikaran Samiti (MES) has also played a spoiler for the BJP. The party has shown its presence in the region by garnering more than one lakh votes. The ongoing border disputes between Karnataka and Maharashtra may have added some fuel to the fire. Marathas, with around 70,000 voters, form the highest electoral strength in Belagavi South. In Belagavi, Marathi-speakers account for nearly 60 percent of the population. ”

On the sizeable Lingayat community in Belagavi, Mr Upadhyay said: “Belgavi has around 30 percent of the Lingayat population. This community has been a supporter of the BJP for the last few decades and has taken the side of the party in this election as well. The BJP has managed to win the Basavakalyan assembly seat also because of this community’s support”..

Lingayats are numerically the most dominant caste in Karnataka. It forms around 20 percent of the state’s population. Apart from the Chief Minister, 11 ministers in the State Cabinet belong to the Veerashaiva-Lingayat community. This community has been a staunch supporter of the BJP for the last three decades in the state.

On Congress’ failure in securing sympathy votes in the Basavakalyan constituency, Mr Upadhyay said: “I think a candidate’s caste and the development of a constituency are seen by the voters before choosing their leader. The sympathy wave failed in the Sira by-poll last year when JD(S) fielded the wife of MLA B Satyanarayana. She was relegated to third place. Political parties may not be able to win using just sympathy votes hereafter.”

With regards to the BJP’s loss in Maski and Mr. BS Vijayendra’s political rise in the BJP, Mr. Upadhya said: “Maski has been Congress’ stronghold since 2013. The anti-incumbency sentiment might have played against Pratapa Gowda Patil in this election. Mr. Vijayendra, who was given the responsibility to ensure BJP’s victory here, failed because of the lack of support from his political colleagues. Some of the senior leaders in the party were not happy with his growing popularity over the years. Being the CM’s son and the party’s vice president, he has been interfering in the party’s key decision-making process. However, he was successful in ensuring maiden victories for the BJP in KR Pet and Sira by-polls in 2019.”

The Maski assembly seat was prestigious and important for the saffron party to win because Mr. Pratap Gowda Patil, who was earlier in Congress, was one of the 17 MLAs who had defected to the BJP during the Congress-JD (S) coalition rule, and was later disqualified. He played a prominent role in helping the BJP to regain power in the state in 2019.

Despite winning in Belagavi, Basavakalyan, Sira, K.R. Pet, and a few other constituencies in the last two years under the guidance of BS Yediyurappa, the ruling party hasn’t taken a firm stand on whether there will be a change in the State leadership. The Chief Minister has come under a lot of criticism among the party cadre for taking authoritative decisions by sidelining a few of the senior party leaders. Apart from focusing on dynasty politics, there have been several u-turns and flip-flops in his decisions on Covid management. The BJP government should get out of complacency and address some of these issues if it has to win the assembly elections in 2023.