What to look forward to this EPL campaign 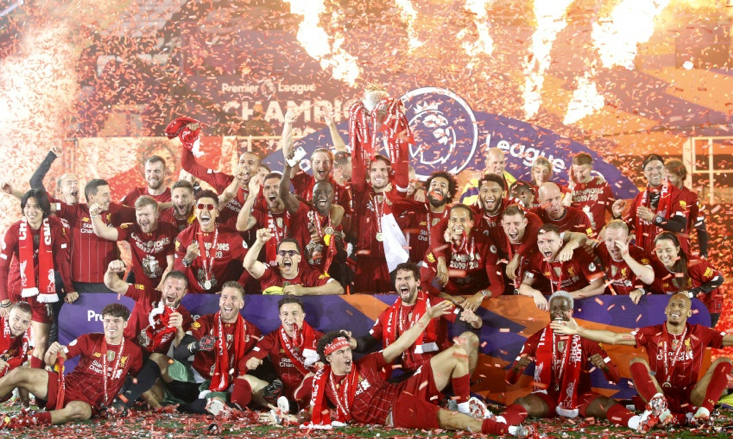 Liverpool were the Champions last season

Premier League Football has always been followed intensely by fans all over the world. Due to the frenzy caused by COVID-19, all football leagues were suspended indefinitely. The season which usually finishes early in May concluded at the end of July with Liverpool lifting the trophy after thirty years at an empty Anfield. The 2019-20 season really was a rollercoaster of a season.

However, during just one month of holidays for the players, there has been plenty of action in the transfer market to keep fans engaged. Chelsea were big spenders, cashing around 200 million euros on six major signings including Hakim Ziyech, Thiago Silva, Timo Werner, Kai Havertz and Ben Chilwell. While Premier League title holders Liverpool have been rather quiet during this transfer window, they have watched their English rivals Manchester City and Manchester United build their squad with some notable signings.

Some top clubs which missed out on this season's UEFA Champions League such as North-London rivals Arsenal and Tottenham Hotspur are showing that they want to turn that around as Arsenal have acquired Chelsea star Willian and Spurs have bought Ex-Man City Goalkeeper Joe Hart and Matt Doherty from Wolves, the side they just pipped to the Europa League. Everton are hoping to break into the top six with star signing of Real Madrid midfielder James Rodríguez. This Season sees the return of long lost Leeds United along with West Bromwich Albion and a quick bounce back to the top flight for West-London based club Fulham.

A London Derby will kick off the new season at Craven Cottage between Arsenal and Fulham. Arsenal go into the game at the back of an FA Cup win over Chelsea, though they have many injury woes in their defence while Fulham under Scott Parker who have no injury problems could feature new star keeper Alphonse Areola. Defending champions Liverpool start their campaign against Leeds United who have not won against Liverpool in their last eight games against them. However, they hold the record for most matches played on the opening day without losing. When asked about defending the title, Liverpool Boss Jürgen Klopp insisted that his side would 'attack' the title, not defend it. "If there is a title out there, we obviously have shown that last year we were able to go for it. We did it. The year before as well. That doesn’t mean we will this year because we don’t take these things for granted, but the titles out there we attack them."

Crystal Palace play Southampton on the opening day at Selhurst Park while West Ham United under David Moyes play a new-look Newcastle side which heavily raided relegated AFC Bournemouth. Manchester neighbors City and United will start their campaigns a week late as they finished their European competitions in mid-August and the league's rules grant at least a thirty day break between seasons.

Sunday sees Tottenham Hotspur play Everton who have high hopes for this season after a big spending spree buying Doucoure and Rodriguez. Meanwhile West Bromwich Albion make their return to the Premier League against Leicester City who just missed out on Champions League qualification after blowing an eight point lead over fifth place before the restart.

Two clubs which just missed out on Europa League qualification last season - Sheffield United and Wolves, the latter missing out on goal difference face each other on Monday. Sheffield go into the match hoping to keep their record of never losing their opening match while Wolves are looking to avoid losing consecutive matches against Sheffield United. We round-off the weekend with Chelsea traveling to the Amex Stadium to play Brighton and Hove Albion. Chelsea will play Brighton at the Amex for the second time in two weeks as they played each other recently in a test match with a few fans returning to stadiums. That game also saw Timo Werner score his first goal for the club on his debut.

It's no secret that the Premier League has kept fans at the edge of their seats for decades. Can the defending champions Liverpool hold on to their crown, or will they just be considered as another of the one season wonders of the Premier League era. Who knows? After all the last time they won the league was thirty years ago.

Asher Franklyn is a guest contributor to The Tannoy.