Imbibing constitutional values is essential for India to remain secular 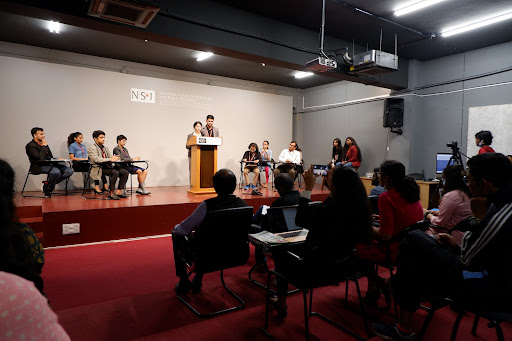 Cambridge dictionary defines the word 'secular' as one 'not having any connection with religion'. To put Indian secularism to a test against this interpretation qualified for a provocative academic exchange. And if the 'emergence' of majoritarian politics in India has seriously tried to dilute its secular credentials.

In an attempt to deliberate upon these controversies, NSoJ Political Union Debate was held on November 27 at the college auditorium over the proposed motion- 'India is not a secular country'.

Not aloof, but alike

'Secularism does not mean that the state should stay aloof from religion, but that it should give equal treatment to every religion', concluded the Supreme Court in 2016.

Citing the above, Arjun Iyer (BA '22) stressed on the need for fair understanding of Indian secularism. "Sarva dharma sama-bhaava is the accurate representation of the Indian version of secularism, not the one professed and practiced by many western nations". 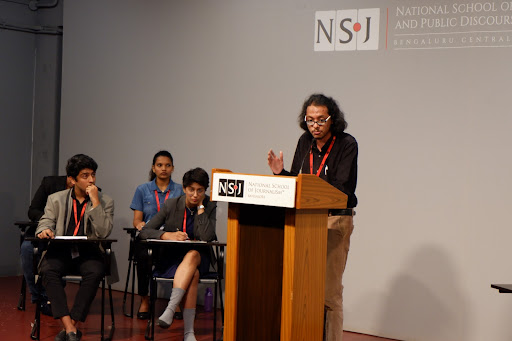 Secularism is a companion concept of democracy

Significantly, India doesn't have any state religion. This itself, alongside its pluralistic constitution, confers it with the secular tag. "Applying western benchmark to judge a country as multilingual, multi-cultural and vastly diverse like India is unjust and flawed", argued Anika Gomez (BA '22) while defending Indian secularism.

Strengthening its credence, with history being a testimony, India has always opened its doors for people and cultures from across the globe irrespective of their religious affiliations.

Fault Lines in secularism
However, to dream and to carry forward the idea of secularism was always going to be a tough challenge.

India's tryst with secularism has seen many ups and downs and also has seen several cracks emerging over the decades.

The laying of the foundation stone of Ram Temple, last year, by the Prime Minister of the country has drawn comparison with the rebuilding of the Somnath temple and the subsequent misgivings confessed by the then Prime Minister, Pandit Nehru, over President Rajendra Prasad inaugurating the temple.

India has come a long way since the Nehruvian concept of keeping religion and its matters at bay from the state. Be it witnessing horrific riots against minorities (1984 anti-Sikh riots and 2002 Gujarat riots), or the rise of majoritarian politics and its grave repercussions spanning day to day life of individuals of minority communities.

Listing out many such downfalls, Anuj Rayate (BA '22) reminded the audience of the Rajiv Gandhi regime's reaction to the famous Shah Bano judgement and hinted about often talked 'appeasement politics'. 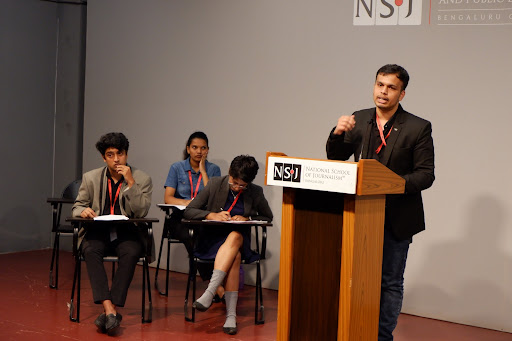 Many departures undertaken by Indian secularism
The opening of locks of the dilapidated Babri Mosque in 1985 too was a political act belonging to the same textbook but of a different shade, added Rayate, unsparing in his attempt to call out the 'non-secular' deviations.

'Imbibing Constitutional Values'
Reacting to the participants' arguments, Mr Karan Joseph, a lawyer and one of the jury members, cautioned that the difference between country and its people vis-a-vis the government and ruling party must not be blurred while critiquing Indian secularism. 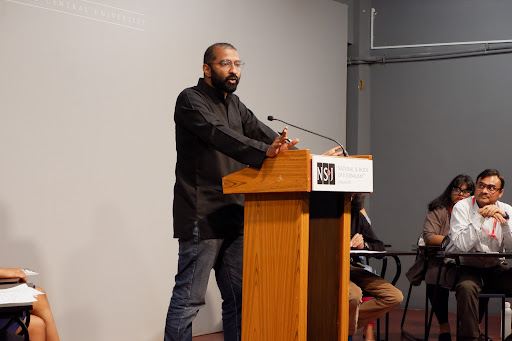 Need to recognise and celebrate the diversity of Indian society, All photos by Vikas S BA ’23

"Western secularism is atheistic; India’s is interventionist secularism", said Mr Joseph. He also emphasised that instead of comparing ourselves to other nations, self-deliberation and self-evaluation was the best way forward.

His optimistic take on the contemporary majoritarian nature of Indian politics as that of just a passing storm, however, was conflicted by fellow judge Ms. Aarti Mundkur.

Mundkur, lawyer and founding member of Alternative Law Forum in Bangalore, said she saw the future of Indian secularism to be 'bleak'. To avoid such a scenario, it was essential for citizens to imbibe constitutional values in their day to day affairs, stressed Ms Mundkur.

'Praiseworthy effort'
Though surprised over the absence of caste throughout the debate, Mundkur praised all the participants for their overall effort. She endorsed Joseph's assessment that the quality of the debate was outstanding.

Conceding to the popular vote, the motion was carried.

Anuj Rayate, who spoke for the motion, was adjudged as the best speaker. Firebrand Ananya Iyer (BA '25) was adjudged the second-best alongside Anika Gomez. Shubhangi Sharma, who batted for Indian secularism, secured the third spot.