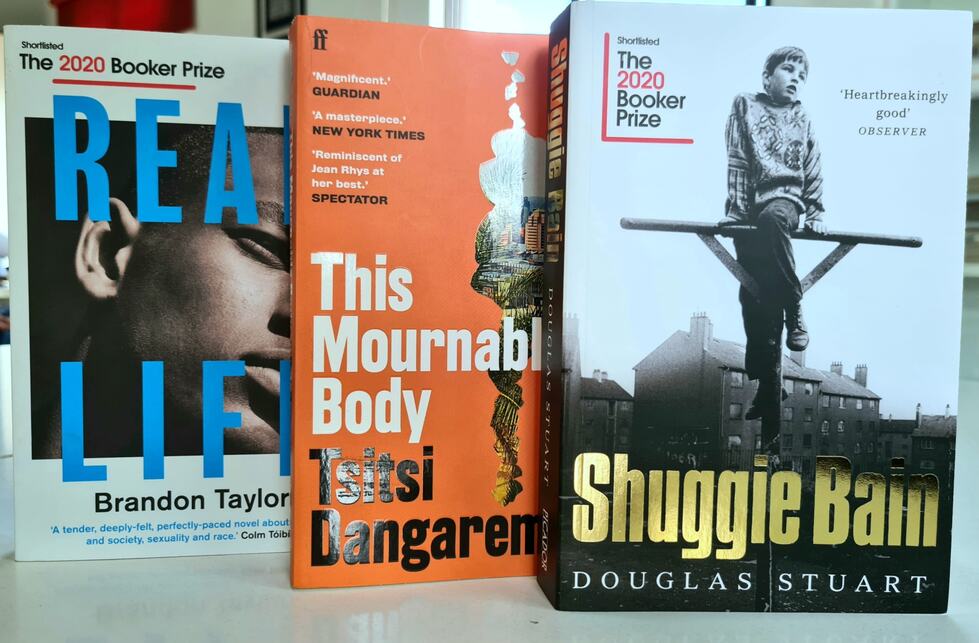 Bengaluru: On November 19, 2020, Douglas Stuart took home the 52nd edition of the prestigious Man Booker Prize along with a reward of £50,000 for his debut novel Shuggie Bain. The American-Scottish author faced six other finalists to earn the award which is open to English novelists worldwide.

While writing the story of young Shuggie and his alcoholic mother, Agnes, Stuart drew from his experiences of growing up gay in an economically-ravaged Thatcher-era Glasgow. Stuart dedicated the book to his mother who died when he was 16.

The novel follows Shuggie Bain, a tender-hearted yet ferocious young boy, and his mother as she fights an uphill battle against alcoholism. Stuart's mastery over language brings out heart-rending scenes which, coupled with the atmospheric setting of an impoverished Glasgow neighbourhood from the 1980s, keep the reader glued to the novel.

The largely autobiographical book takes a lot from Stuart's struggles with his mother's alcohol addiction which he underwent to process childhood trauma. Stuart, who worked in the fashion industry for almost 20 years, was rejected by nearly 30 publishers before Grove Atlantic and Picador published his work in the U.S. and the U.K. respectively. He wrote the novel over ten years while working full- time for brands such as Calvin Klein, Ralph Lauren, Banana Republic, and Jack Spade.

The first Booker Prize, conferred in 1969, aimed at bringing Anglophone fiction at par with Francophone fiction by inciting the reading and discussion of contemporary fiction. The present-day Booker Prize Foundation was established in 2002. After Booker ceased funding the prize, the Man Group took over the sponsorship. The Man Booker Prize now promotes the art of literature for the benefit of the people.

Douglas Stuart is the second Scottish author, after James Kelman, to win the Booker Prize. James Kelman won the Prize in 1994 for his How Late It Was, How Late. Shuggie Bain shares a common thread of a child-parent relationship with other Booker nominations such as Avni Doshi's Burnt Sugar and Diane Cook's The New Wilderness. The shortlisted novels included Tsitsi Dangarembga's This Mournable Body, Maaza Mengiste's The Shadow King and Brandon Taylor's Real Life. The panel of judges consisted of Margaret Busby, Lee Child, Lemn Sissay, Sameer Rahim, and Emily Watson.

Sir V.S. Naipaul, a Trinidadian, was the first ethnic-Indian to win The Booker Prize in 1971 for his In a Free State. Salman Rushdie, who won the same in 1981 for his second novel Midnight's Children, remains the most popular winner of all time. Arundhati Roy, who won it in 1997 for her first novel The God of Small Things is the first Indian to win the award. In 2006, Kiran Desai won it for The Inheritance of Loss, and Aravind Adiga is the most recent Indian to bag the prize for The White Tiger in 2008.

JM Coetzee was the first Nobel Laureate and South-Africa-born to win the award twice for his books, Life and Times of Michael K in 1983 and Disgrace in 1999. Hilary Mantel broke three records by being the first women and the first British author to bag the award twice and also the first to win it for two novels in a trilogy. Her third book in the trilogy, The Mirror and the Light, was longlisted for the 2020 prize.

The 2019 Booker Prize for Fiction was granted to two authors, Margaret Atwood for The Testaments and Bernardine Evaristo for her Girl, Women, Other. Evaristo was the first black woman to win the prize. For 26 years before that, the rules were changed not to allow two authors as joint-winners. Nadine Gordimer and Stanley Middleton in 1974 and Michael Ondaatje and Barry Unsworth in 1992 were jointly declared winners.