Tracing the “then and now” of magazines in India. 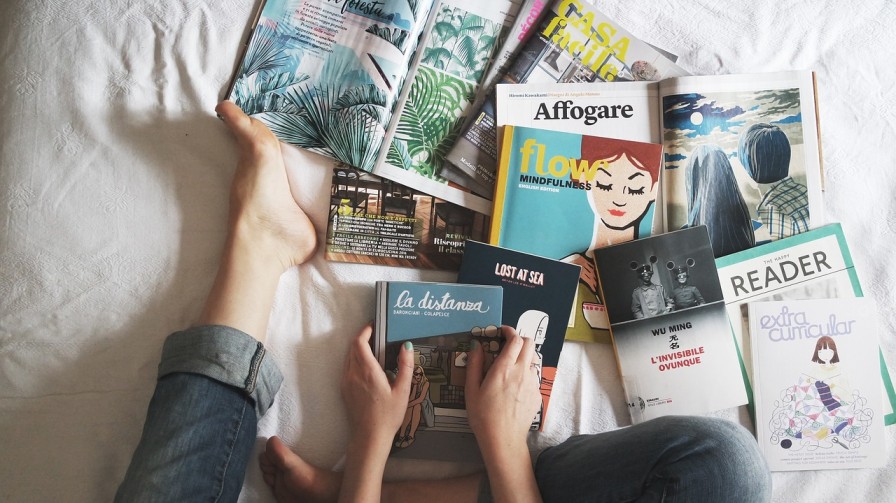 By Sanjana Vijayabaskar and Priyanka Giri

The mid-17th century Renaissance saw more people interested in art, culture and literature, which paved the way for the spread of printed material when the printing press was invented by Johannes Gutenberg, in Europe.

The word “magazine” derives from the words, “magasin” (Middle French), “magazzino” (Italian) and “makhzan” (Arabic), all of which refer to a warehouse or storehouse kind of structure. The word was used to refer to a collection or storage facilitation of information, especially for travellers and sailors.

Few of the earliest magazines, then referred to as “essay periodicals” were The Review (1704-13), The Tatler (1709-11) and The Spectator (1711-12, briefly revived in 1714), which were more like newspapers due to their frequency, but resemble the contents of a magazine. Officially, the term ‘magazine’ first appeared in 1731, when the Gentleman’s Magazine was founded in London, by Edward Cave.

On the other side of the world, 10 years later, Andrew Bradford came up with the American Magazine, the first of its kind, only to be followed by Benjamin Franklin’s General Magazine, 3 days later.

India, however, was slightly late to the game, starting in 1785 with the Oriental Magazine or the Calcutta Amusement, started by the English colonisers. The first one in Hindi was started by Pundit Jugal Kishore Shukla and was named Udant Martanda in 1826, Calcutta, which also served as a newspaper. It used Khari Boli and Brij Bhasha dialects of Hindi and saw great success amongst its audience. Following him, in 1836, the first Urdu newspaper-cum-magazine, the Delhi Urdu Akhbar, was founded by Maulavi Mohmmed Baqir.

In 1880, the first copy of the Illustrated Weekly was launched by Bennett and Coleman Group as the Times of India Weekly, ceasing publication in 1993. It was considered one of the most important English language publications in the country for more than a century and was edited by prominent short story writer Kushwant Singh. 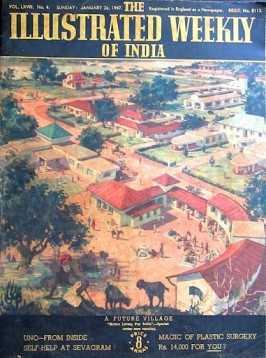 In 1900, a reputed monthly magazine called Saraswati, was published by Chintamani Ghosh from his own printing press called the Indian Press, in Allahabad. This was followed by Mukhabir-I-Alam (1903), a leading Urdu weekly. From 1919-1931, a journal, Young India, was introduced by Mahatma Gandhi. The Indian freedom movement played a crucial role in boosting publications in Hindi, to communicate with the masses. 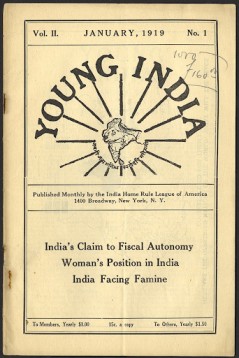 1924 saw the Statesman Weekly, an illustrated digest of Indian news and views, followed by the weekly Akashvani in 1936. In 1945, the Delhi Press started a household magazine, Sarita, after its English magazine Caravan, which was launched in 1940. The Delhi Press was notable for publishing magazines for women and children, for more than 76 years.

In 1947, the monthly Akhand Anand was founded, along with Sport and Pastime and Eve’s Weekly, a popular women’s magazine in English, Urdū, and Hindi. Further, a political and economic weekly, Thought, was published in 1949 and ran till around 1980. Another magazine, Dharmayug, was a Hindi pictorial weekly published by the Times of India from 1949-1993. Gradually, several childrens’ magazines emerged, some of the notable ones being Chandamama (1947 - 2013), Champak (1969) and Tinkle (1980).

The late 20th and early 21st century brought with it, a serious challenge in the form of digital publications. This has posed a serious threat and has forced the closure of many leading names including legacy periodicals.

This article was among the best contributions from the class of '23 for the assignment Magazines and their present status.