'No funds for Women's Studies'

A Western Regional Conference on 'Gender and Citizenship' was held from November 25 to 28, 2020 by the Indian Association for Women's Studies. 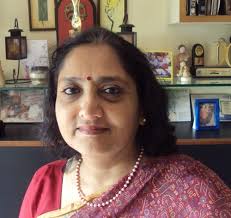 By Hiranmayi Khoday and Vedika Mane

Bengaluru: 'We've been discussing the same issues. Yet, nothing has changed. Since 2007, the lack of funds has been the most crucial issue. When we call the University Grants Commission (UGC), they don't answer our calls. When they answer, they give an ambiguous answer,' said Dr Nirmala Jadhav, one of the panellists of the Western Regional Conference held by the Indian Association for Women's Studies (IAWS). The conference, based on 'Gender and Citizenship', was held from November 25 to 28, 2020 and convened by Vibhuti Patel, an academician and researcher at Tata Institute of Social Science, Mumbai.

On the first day, an inaugural panel discussion was held on 'Status of Women's Studies Centres in Western India,', followed by paper presentations on 'COVID-19 as an epistemic window.'

Dr Nirmala Jadhav said: "We face challenges such as lack of infrastructure. According to a survey, many colleges in Maharashtra shut Women's Studies (WS) because the UGC didn't release funds. WS should be extended to the 11th and 12th standard as a compulsory subject."

Prof. Veena Poonacha, the moderator, said that WS had never been easy. Since it was state-run, it lacked funds. Swathi Dyayohadroy stressed on building a proper curriculum in both Marathi and English and having faculty which continuously engaged with the subject since the syllabi in different institutions varied. Prof. Meena Gopal, who has written for journals on labour, spoke about mentoring labourers, knowledge production, and micro-structures.

Prof. Shaila Desouza expressed the importance of shifting the historical dependence on UGC for funds, like Goa did, from the Centre to the State departments. Prof. Sujata Patel said: "The number of trained biomedical staff we have is seven doctors for 1000 patients against a world average of 172 doctors." Ms Kalpana Kannabiran said that the pandemic had impacted humanities at large and explained shadow pandemic.

The conference, held by Sophia Centre on November 26, involved a discussion on 'Gender Challenges: Paid/Unpaid work during and after the lockdown.' Prof. Ritu Devan, former President of IAWS, was the moderator for the discussion. The panellists included Mariam Dhavale, Dr Dhammasangini Ramagorakha, and Vicky Shindy.

The panellists of the conference on November 27 discussed 'Gender and Higher Education: Contemporary Challenges' and included Prof. Gopal Guru, Meera Velayudhan, Kumkum Roy, and Gita Chadha. Ms Chadha began the discussion on the equal participation of women in higher education and how it was essential to make a vital contribution to sustainable development, along with the provision of equal access to education, quality, and affordability. The aim was to take forward the momentum of empowerment of girls and women through education.

On November 28, the discussion on 'Gender, Media, and the Pandemic' was led by Ms Pamela Philipose, Japleen Pasricha, Sharmila Kargutkar, and Gita Seshu. Prof. Guru put forward his views on the difference between inequality and discrimination. Japleen Pasricha, who is a feminism activist based in New Delhi, spoke about the romanticisation of poverty, misery, and struggle for superficially-positive stories. Ms Pamela Philipose pointed out some tragic fatal flaws of the media. She talked about the failure of expression, form, and imagination and also about how women lost their jobs in the media sector. Ms Kargutkar emphasised the way men too suffered during the lockdown and expressed her views on health superstitions.

Subjects such as 'significance of education in general equality', 'gender stereotypes', 'judge, jury, and executioner' were among the papers presented during the conference.