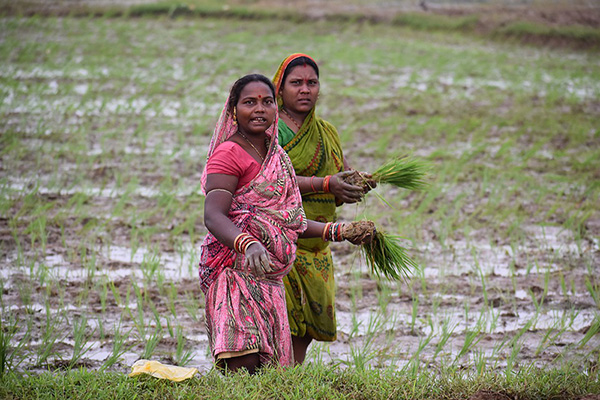 Deaths among women farmers are pigeon-holed as housewives' deaths

Mr Sainath was speaking on the topic, 'When Farmers Die: Inequality and the Agrarian Crisis' at the National Centre for Biological Sciences (NCBS), Kodigehalli, recently.

According to him, these deaths are considered in the Accidental deaths and Suicide Data from the National Crime Records Bureau (NCRB) instead of being categorised as 'farmer suicides'. "The data is flawed, but it is the closest thing we have to calculating the total number of deaths," he said. Another fact that he highlighted is the exclusion of women agriculturists from suicide data. “More than 60% of agricultural work is done by women, yet they are not classified as farmers. Such deaths are instead pigeon-holed as 'housewife suicides.' In Punjab and Haryana, being a woman farmer is the best thing, because there have been no suicides for 10 years, but records show women deaths are exploding," he said.

'The farmer suicide numbers in India come from the Revenue department, because they pay the compensations," said According to him this is not an uncommon practice since data is human- created and there is a marked difference between the truth and data numbers. He went on to say that worshipping these man-made numbers is not a great idea, clearly pointing out the flaws in statistics published by the government. Authorities claim that the income of farmers has doubled, but fail to mention the five-time increase in their expenses, he pointed out.

What is the difference between agriculture and agrarian? Sainath, well-versed in the nuances of inequalities in rural India, explained that the art of harvesting crops for one's livelihood is agriculture, whereas, anybody dependant on this practice is an agrarian. A common misconception is that 53% of Indian population are agriculturists, however, only 8% or less are farmers. A large chunk of agricultural loans are urban-based. For instance, 53% of agricultural credit went to Mumbai City and the suburbs.

"The agrarian crisis is largely policy-driven. India doesn't have a drought, but a mega water problem," he said. This proves that this predicament has now become a ‘civilisational crisis’. He outlined the imbalances in the agricultural credit distribution, describing this as a 'corporate hijack of Indian agriculture' and a 'predatory commercialisation of the countryside’. For example, a woman farmer in 2010 had to pay 15.9% interest on a loan for a tractor, whereas the interest for purchasing a Mercedes car (at the time) was 7%, he observed. Another cause of concern for farmers is forcible land acquisition for Special Economic Zones (SEZs) as farmlands are taken over in the name of development. "Big companies grab land from farmers for peanuts and mint money by sub-leasing it," he stated.

He ended by saying that this is not just a loss of productivity but this imbalance is something that we as citizens need to be aware of. "No society can sustain this level of inequality. We are denying the revolts under our eyes- suicide is the most violent form of protest."