Journalism In The Social Media Era 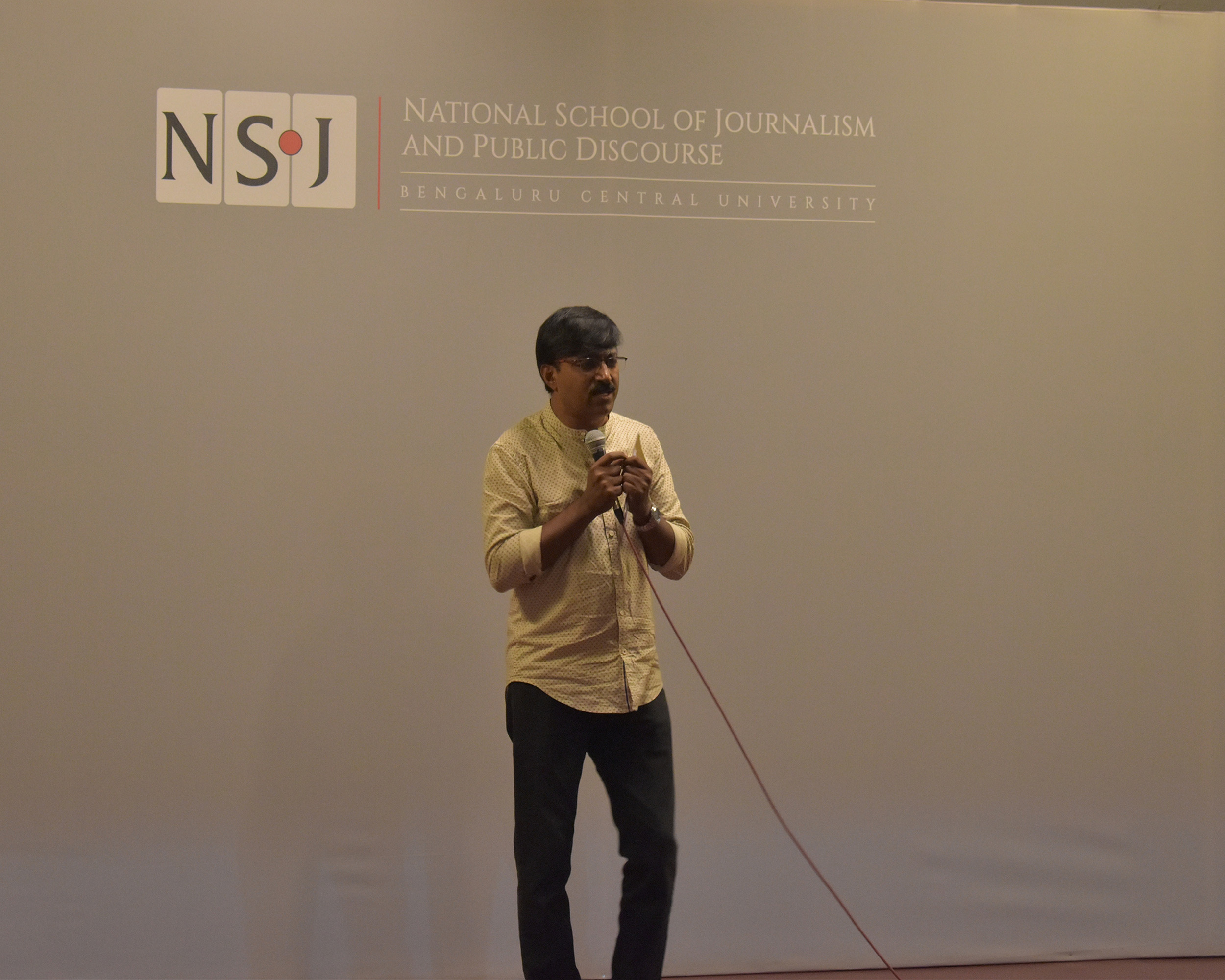 "Who said manufacturing is dead in India? Fake news factories are everywhere and we all are consumers of it," says Rasheed Kappan, the Civic Affairs Editor of Deccan Herald. Mr.Kappan addressed students of National School of Journalism (NSoJ) on Friday, September 27, on 'Changing newsrooms in the time of social media'.

Speaking about the impact social media has had on journalism, "The critical challenge social media has posed on newsrooms is to deal with fake news and fact checking," he feels. 'Reverse Google image search' and websites such as 'Alt news' do help in fact checking he suggested. To illustrate the contrast between journalism before the advent of social media and today's journalism:, he presented the following observations:

• Now, we cannot wait an entire day to file a report and through, Facebook and other means, there is an instant amplification of news

• We also have to update anything we report, when there are new developments

• News is not one-dimensional anymore, news reporting has become interactive

• Print journalists cannot be shy anymore, they have to use multi-media and connect with their readers

• Photographers cannot restrict themselves to just photographs and instead, do videos too

• The print media is not textual and static anymore. The news stories need to include graphics and cartoons.

• Social media, especially Twitter, is a source of news today. US President Trump even tweets national policy decisions. "Twitter has all kinds of tweets from positive, negative to the controversial," we have to make sure to pick the required ones.

• We cannot sit at the desks today and simply call our sources, we need to be on the ground.

But how are news organisations aligning themselves to the changes happening? "At Deccan Herald (where Mr Kappan works), we have a third party tool such as 'Chartbeat' which helps us track the statistics regarding a story -- how many views, likes and shares each story receives. This gives us an idea of what trends and why," he explains.

Mr Kappan is now the most followed Bangalore journalist on twitter, with over one lakh followers. This required a lot of engagement with people, in the beginning. He started off with 'lame' jokes, he says, and went on to do interesting hashtags such as 'Bengaluru Nostalgia' (Putting up pictures of old Bangalore), which helped him attract people (read, followers on Twitter) of all age groups.

Mr Kappan's one-liners are also a great hit with those who follow and read his stories.

Here are a few:

• Comparing the Northern Karnataka water crisis and the political crisis in the state, he writes: "Water crisis to What a Crisis?"

• In the context of the hike in traffic fines: "Henceforth, while riding, you should've a 'Fine' Balance!"

• Talking about the Chandrayaan Moon Orbiter: "Good that at least the orbiter is in great shape. Nahi to Aur-Bitter HO Jata!"

However, he says he is also trolled by people on many occasions. "I make sure I have conversations with those who troll me. But, when it becomes extremely personal and nasty, I block them," he adds.