Halfway through, who stands where? (Part 2)

This closely fought tournament has had some pleasant surprises and some awful upsets. Here is the rest of the analysis of where the teams stand 29 games into the season. 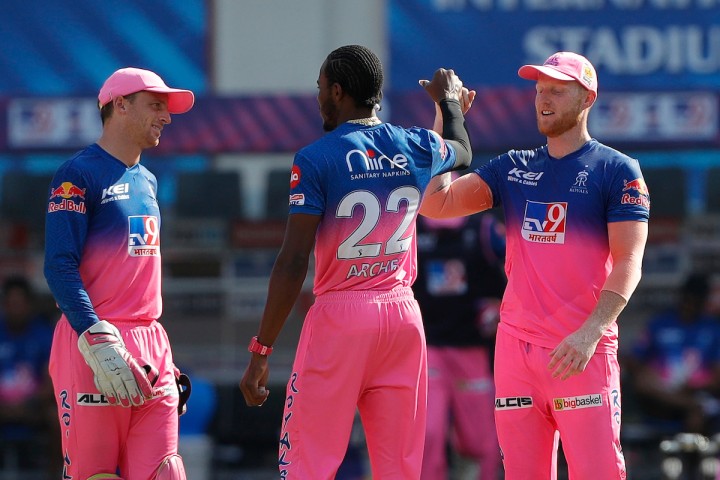 Rajasthan Royals
Led by Steven Smith, Rajasthan Royals are sixth on the points table with 3 wins and 4 defeats. The Royals started their tournament by ticking almost all the boxes on the list. In the first two games, the top order consisting of Smith and Sanju Samson was explosive, the lower order piled up quick runs in the death overs and their bowlers bowled to their field and bagged important wickets. In the next five games, Rajasthan lost 4 games in a row and only in their last outing against Sunrisers did they taste victory.

Here’s where Rajasthan’s problems lie - It was believed that the inclusion of Jose Butler would provide more hitting power to the batting line up, but this has not happened yet. The top order, which has the power to surge, has failed to strike the ball and do the job for the team. However, the middle order looks shaky and their lower order, filled with the likes of Tewatia and Archer, has managed to middle the ball towards the end of the game. With Archer leading from the front, the bowling has been steady for the Royals.

Jofra Archer continues to be their key player and Tewatia continues to do wonders for the team. While the innings of 42 by Riyan Parag and the addition of Ben Stokes seem to be a solution to RR’s problem, they desperately need Jose Butler, Steve Smith, and Sanju Samson to click.

Royal Challengers Bangalore
Like every year, Royal Challengers Bangalore started off as favourites for the season. Despite beginning their campaign with a victory, the problems for RCB surfaced very early on. This season, RCB has found a star in Devdutt Paddikal, who, with his quick 30s and 50s, has provided stability to the batting line up. However, Aaron Finch and Virat Kohli failed to deliver and the responsibility of taking the team to comfortable totals fell on Ab De Villiers. With regards to their bowling department, the team heavily depended on Chahal and during the death overs, no one stood up to take charge.

7 games later, RCB has found answers to their woes. The inclusion of Chris Morris has set a tone for their bowling. To their playing 11, the bowling (in the death specifically) has improved significantly. It is safe to say that RCB now has five proper wicket-takers. Captain Kohli’s 92 against CSK, Padikkal’s consistency, Aaron Finch middling the ball and AB’s breathtaking knock against KKR has made their batting line up look scary, not just on paper, but in reality as well. As Harsha Bhogle said, “this is the best-balanced RCB team for a long time.” Placed in 3rd place with 10 points, RCB just needs to continue this form and aim to improve their net-run-rate.

Sunrisers Hyderabad
Having lost five games and winning three, the Sunrisers Hyderabad’s journey so far has been hot and cold. Known for batting first and defending any total later on, SRH has a lot on the positive side. Their openers, David Warner and Jonny Bairstow have found their form, Manish Pandey and Kane Williamson provide more stability to their line up, fielding has been great but they heavily depend on Rashid Khan to squeeze out the wickets for them. With Bhuvaneshwar Kumar missing due to an injury, SRH’s bowling line up lacks experience. They also lack a proper all-rounder and a genuine Indian fast bowling backup.

In their entire squad, they have a few uncapped bowlers and spinners who can give their captain plenty to choose from and provide depth to their bowling. Apart from this, we have seen that if the top order fails to deliver, no one can play the big innings in the middle overs. The runs are flowing but a strong middle order can give them more comfort.

Kings XI Punjab
One would say that it is shocking to see King XI Punjab at the bottom of the points table but to be fair, it shouldn't be. It’s shocking because they started the tournament with a bang and a lot of promise. They lost the super over against Mumbai Indians but clinched a very convincing victory against RCB. Since the victory, KXIP has lost all its games. With each loss, problems have mounted and as a unit, they have failed to find a solution.

Their problem begins with the lack of contribution from the big guns Maxwell, Jimmy Neesham and Chris Jordan. No one in their middle order has capitalised the huge starts provided by the top three, making the middle order look boneless. Punjab also lacks a genuine T20 bowler and heavily depend on Mohammed Shami and uncapped young spinner Ravi Bishnoi. Adding to this, it is very apparent that the pressure of captaincy is affecting KL’s batting. Barring his maiden 100 against RCB, the skipper has only had slow starts. This may be because he is aware they don’t bat deep but he has failed to cover up for these slow starts. Besides this, the team has failed to make smart decisions. In their previous game, they sent an uncapped Indian wicketkeeper Simran Singh ahead of Glenn Maxwell, which left many baffled.

This is why their position on the points table should not come as a shock. They have had several close games but their problems have stopped them from crossing the line.