‘For Every Right, There Is A Corresponding Duty’

The judiciary can be seen as the centre of this architecture so as to ensure that none of the players cross (the rules) and the integrity of the constitution remains the same. 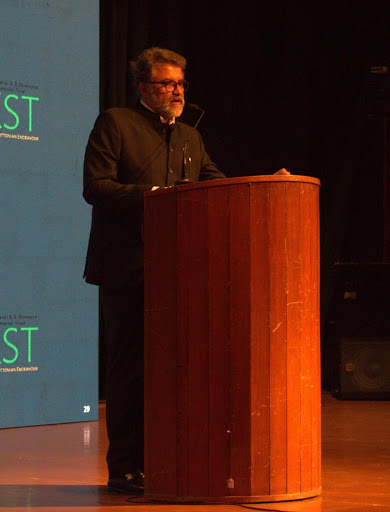 by Shubham Kulkarni and Nivetha C.

Bengaluru: Dr Aditya Sondhi, former Additional Advocate General of Karnataka, said here recently that for every right there was a corresponding duty. He was delivering the 18th General K.S.Thimayya Memorial Lecture at the Good Shepherd Auditorium here. Dr Sondhi was the one who initiated the idea of the General K.S.Thimayya Memorial Lecture series.

Dr Sondhi, who spoke on the Constitution and the Idea of India, said: “The judiciary can be seen as the centre of this architecture so as to ensure that none of the players cross (the rules) and the integrity of the constitution remains the same.” He added that for every right a citizen enjoys, he/she also has the duty to safeguard the same. Talking about India and its diversity, he said: “We are one because we are different. United without being the same.” Dr Sondhi also touched upon the history of Hindi imposition in the country.

Air Marshal Divakar Paul Upot, who was introduced by Timothy Franklyn, founder of National School of Journalism and Public Discourse, was presented with this year’s, General K.S.Thimayya Medal. He received his medal from General Thimayya’s grandson. Talking of his school days, Air Marshal Upot said: “My stay in Cottons (Bishop Cotton Boys School) helped me in undergoing rigorous training in the field.” He encouraged the students present at the function to join the Air Force as it is adventurous and it is a privilege to work in defence services.