Did the hike in traffic fines have an impact in Bangalore? NSoJ finds out

When traffic fines were hiked, offences came down drastically 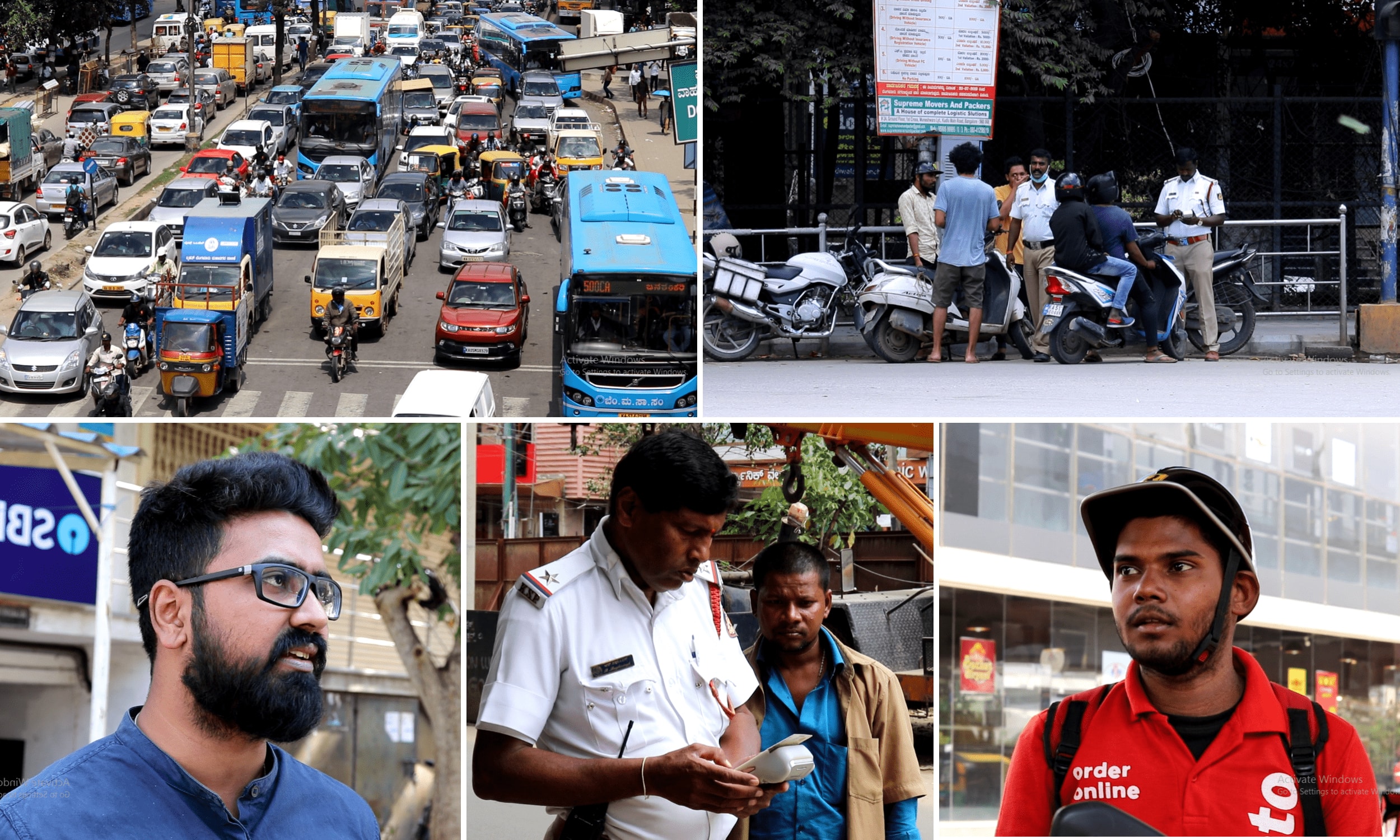 By Durgaprasad C and Subham Das

Though the steep hike in traffic fines has now been rolled back, a survey by a team from the National School of Journalism (NSoJ) found that the increased fines did lead to a dramatic fall in traffic offences, while it was in effect.

When the strict traffic fines were introduced in the first week of September in Bangalore, the move led to protests in pockets of the city. Some hailed the move but others argued that it would lead to more corruption.

Traffic cops, on their part, told NSoJ that traffic offences came down drastically while the hiked fines were in effect. “After the Motor Vehicles (Amendment) Act, 2019, the motorists on the streets of Bangalore followed  the road discipline strictly and traffic violations decreased by 80 percent within a short period of time," observed R Raghu Singh, Assistant Sub-Inspector, Adugodi Traffic Police Station.

Some commuters welcomed the move. Athreya, a businessman from Electronic City, lauded the steep hike. “People in Bangalore do not follow the traffic rules at all. After the hike, I saw a definite improvement on road discipline -- people would stop at red lights (instead of jumping the signal), bikers started wearing helmets regularly... so yes, it was a good move by the Ministry (of Road Transport) . There is a ‘me-first’ mentality among motorists. So, I salute Bangalore traffic police, as they are doing their best, and, trying to cover as much as possible,” stressed Athreya.

Some commuters stated that they were not against steeper fines but were upset at what they considered unfair treatment on the roads. Not all motorists get treated the same way, they claimed. Manjunath, an IT employee, who was asked to pay a fine recently for not wearing a seatbelt said: “Often, I notice that government vehicles are never stopped, those drivers are never asked for their documents. Why are there two laws, one for ‘official’ vehicles and another for the public?" he demanded.

Shaik Nazjid, a Zomato delivery executive, however, said he had no problems with the new rules or penalties. “I follow the rules; I carry all the documents with me. I never take a shortcut (or go the wrong way on a one-way) even if I am short on time or can save Rs 10 or Rs 20 worth of petrol. My philosophy is: if you follow the rules, you do not have to pay anything,” he said.  Accidents will come down if people are more careful, pointed out Shivraj, an auto rickshaw driver who stays in HSR Layout. “I consistently follow traffic regulations. Accidents happen because the public is breaking traffic rules. So, I request everyone to follow the traffic protocols and also, avoid hefty fines.”

“As a citizen of the country and the state, it is also your responsibility to be aware of the rules in place for your own safety. A person who regularly follows the traffic rules, should not have any problems with amendments,” pointed out M G Kumathe, Police head constable, Adugodi Traffic Police Station.

On September 4, Karnataka implemented the new Motor Vehicle (Amendment) Act, 2019.  The traffic cops registered 6,813 cases within 36 hours of the new rules coming into place. The offences included -- violating one-ways, driver and pillion not wearing helmets, no seat belt while driving, use of mobile phones while driving/riding. A total amount of Rs 72 lakh was collected in six days, before September 9, the steep hike in fines was rolled back!