LIFE IN THE TIME OF COVID-19 -- 2: Ram Rakshith V in Bengaluru narrates the harrowing tale of musicians in distress. 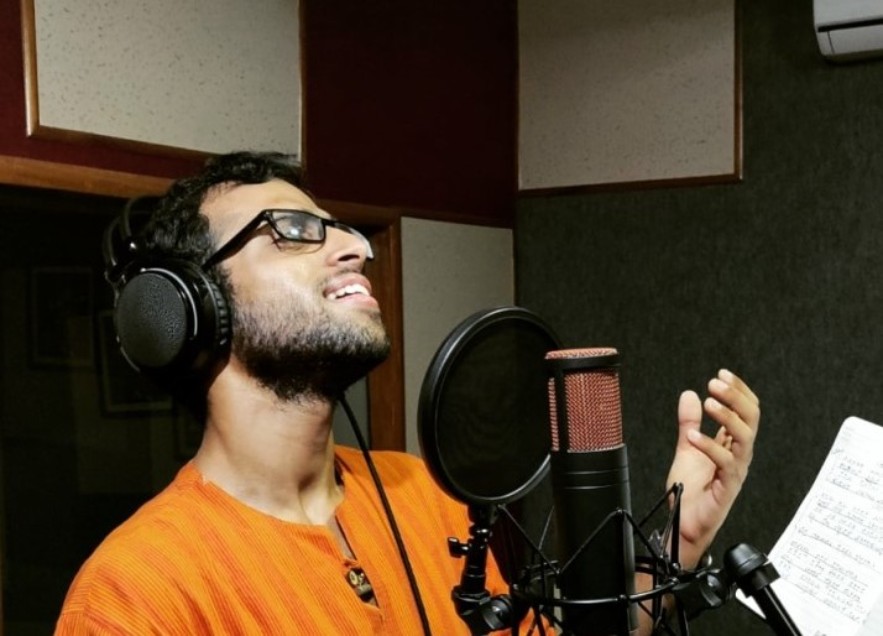 The Covid19 pandemic has sabotaged the entire world with more than 8.5 lakh people (at the time of writing this) having lost their lives to the virus besides job losses, pay cuts, mental health issues and many such traumas. One profession, which has been severely hit is that of artistes. Being a singer myself, I am witness to the unprecedented agony of my fellow artistes -- performing artistes and teachers of dance and music -- striving hard to meet their daily needs during these tough times.

For a singer, dancer, or a practitioner of any other art form the biggest asset is his/her audience. With no public concerts, no studio recordings, and films going off cinemas, artistes of all hues have been experiencing the uncertainty of the gravest kind.

As a musician I used to give classical concerts at least twice a week before the arrival of the Wuhan virus. Now, although e-concerts are being organised on various social media platforms, I am unable to witness the vibrant atmosphere of a live audience. The ever-charming smile on their faces, their praises, the humming of tunes and so on have disappeared. Famous cultural auditoriums in Bengaluru such as Gayana Samaja, Ravindra Kalakshetra, Chowdaiah Memorial Hall and many more have remained closed.

Let me narrate a conversation I had with a fellow musician during one of my recordings immediately after the lockdown was lifted. I had gone to record a song on Corona warriors, and in the studio, I got speaking to a rhythm pad player. He said he had no new recording requests and added that travel restrictions had hampered his jamming sessions. With public concerts coming to a standstill, earning enough to keep his family going had become difficult. “I am unable to pay my son's school fees”, he added.

My music teacher has stopped taking in-house classes, and his financial security has taken a severe hit. He told me that the uncertainty had disturbed his life.

Karnataka’s playback singers, music teachers, performing artistes, and those in the recording industry, to name a few, are in the grip of an unprecedented financial crisis. Their only hope lies in the government which has yet to think of a financial package in aid of needy artistes.