A renewed thrust on strategy?

Is the Modi era witnessing a clear path to India’s foreign policy. Or is it just making the erstwhile non alignment movement stalwart become an ostrich? 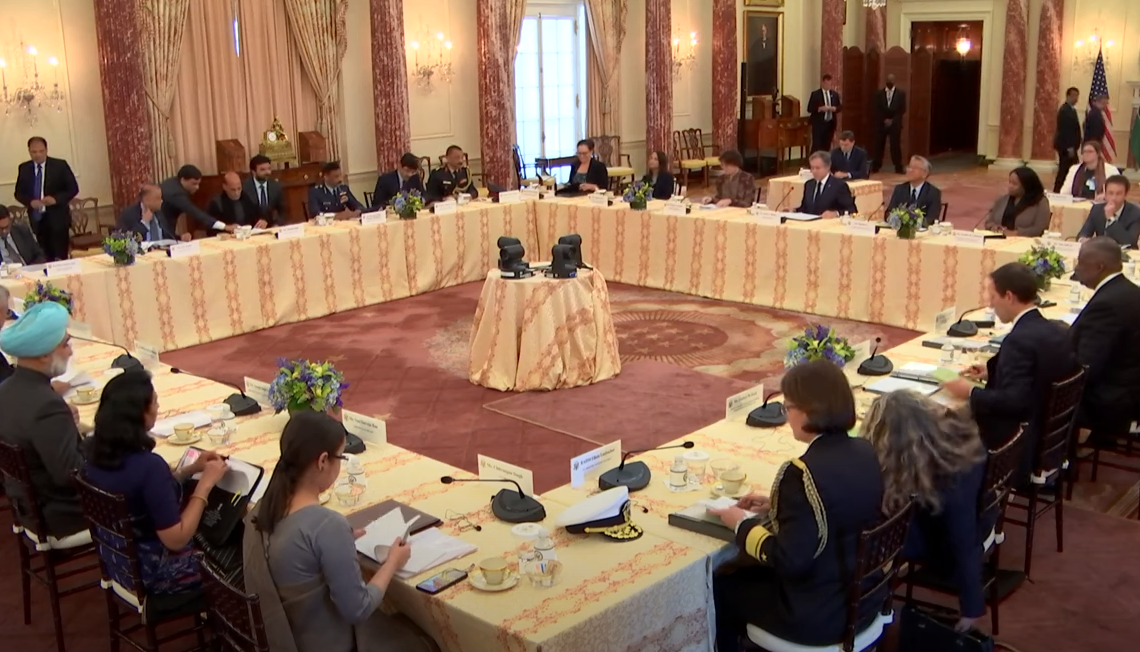 Will the containment strategy of the US to put China in its place work? Can India totally ignore its domestic compulsions and other strategic geopolitical roles for it to dance according to the US tunes? These were some of the points which cropped up during an online panel discussion featuring noted columnist Sanjay Baru, Cmde Sujeet Samaddar, Indranil Banerjie, with Mr. Pradeep Mehta, Secretary-General of Consumer Unity and Trust Society (CUTS) International delivering the welcome remarks. The workshop was moderated by Mrs. Jyoti Malhotra, Consulting editor for The Print. Mr. Adrian Pratt, Public Affairs Officer of the Consulate General of the US at Kolkata opened the discussion.

The panel discussed the rising belligerence of the People’s Liberation Army Navy (PLA-N) in the Indian Ocean Region (IOR), the impact of development, climate change and global warming on the maritime health and economy of the Indian Ocean; the nature and importance of US-India bilateral relationship in countering China’s hegemony and the role that QUAD nations can play to solve the aforementioned issues.

Mr. Adrian, in his opening address, stressed the deep-rooted diplomatic ties between India and the United States of America. He went on to quote excerpts from the recent Fourth Annual Ministerial 2+2 dialogue between India and the US, which was held earlier this year on April 11th. He went on to talk about how the American government had vested interests in growing this mutual relationship with India. “This year, we celebrate the 230th anniversary of the establishment of America's diplomatic ties with India. This year also marks the 75th anniversary of the US establishing its diplomatic ties with independent India” he said. USA set up its first consulate general on Indian soil (albeit under British East India Company rule) in Calcutta on November 19th 1792. He reminded the audience that the Americans also supported India’s freedom struggle as President Franklin D. Roosevelt was a vocal advocate for India’s independence during and post World War 2.

He concluded his address by noting that the USA views India as a strategic partner in the Asia-Pacific region to strengthen the values of spreading democracy, freedom and peace.

The first round of panel discussions focused on understanding the nature, and importance of Indo-US diplomatic relations and the role of India and the QUAD to counter Chinese expansion into the Indian Ocean. Revisiting the history of Indo-US diplomatic relationships post-1997, Sanjay Baru noted that the Indo-US relations have a dynamic of business to them. “The relationship between India and the US is a business relationship that is the garb of strategic partnership… Although the USA calls India a strategic partner, the USA not informing India of its withdrawal from Afghanistan had security implications on India,” he added.

When asked about India’s role in the QUAD and possible militarization of QUAD nations, Cmde Sujeet Sammadhar said “Whilst the core principles of security, safety, regional stability and sovereignty over-owned seas and to exercise freedom of navigation over the high seas have remained sacrosanct principles of fundamental maritime security, however, the players and their profiles have dramatically changed in the last few years…One of the ways to solve this issue is through 4R’s: replenishment, recreation repair and refit of QUAD naval ships within facilities in India. These facilities could be set up with the infrastructural and technological help of the US”. Some of the other measures to tackle the Chinese, as Cmde Samaddar noted, include cooperation in the areas of space technology, cyber-security, partnering with QUAD nations to improve shipbuilding and submarine building infrastructure as well as jointly tackling more global, humanitarian problems such as global warming, marine biology conservation and climate change.

Indranil Banerjie noted that India’s diplomatic stance against China changed immediately after the 2020 Galwan valley clashes, which resulted in the deaths of 20 Indian and up to 40 Chinese soldiers. “Action was taken on all 3 fronts: diplomatic, economic and militaristic” India changed the status of China as it made (China) the #1 enemy of India, even more than how much of a threat it perceives its western neighbour Pakistan to be. 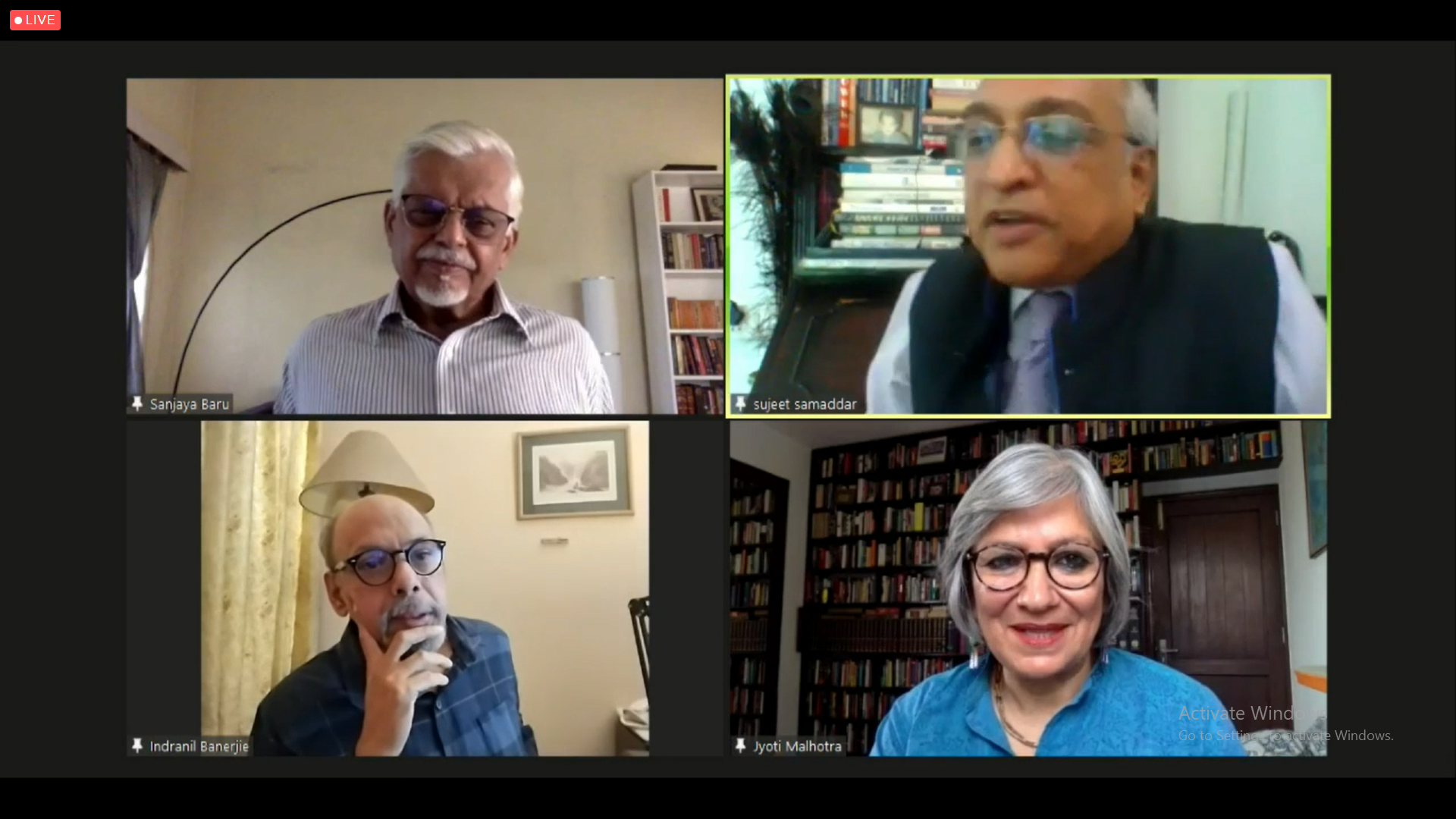 While the Indo-US diplomatic relationship may definitely have a business angle to it, India is a unique nation considering a change in its international relations policy since Narendra Modi became the Prime Minister of India. India, as all the three panellists agreed upon, has changed its defence procurement policy from just being a customer of arms and ammunition to becoming a local manufacturer of weapons and technology. The US, which is increasing its stakes in the Indian defence industry, can perhaps cement its position in the Indian defence manufacturing and procurement industry by providing more Transfer of Technology (ToT) agreements and investing more in Indian private manufacturing units. The onset of the ongoing war in Ukraine has been used by the US to increase armament sales to countries friendly to it.

In the last two decades, the Indo-US diplomatic relationship has been on a steady rise, especially after the Civil Nuclear Agreement was signed in 2005. Many believed that the election of Joe Biden as the 46th President of the USA would hamper relations between New Delhi and Washington, but relations have deepened even more than how they were during the Trump administration. The future prospects for improved bilateral relations with the US look bright if the US would work on these lines to help India grow its defence and allied industries.